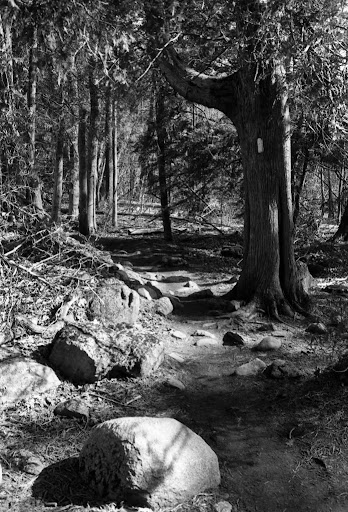 I never get tired photographing up here. To think I only stopped in last fall. Scotsdale Farm has been a favourite for location shoots for the local film and TV industry and wedding photographers love the property in golden hour for engagement shoots. The hike around the property is pretty easy, a nice 6.5km loop that hooks into Silver Creek Conservation Area and the Bruce Trail.  The camera chosen for this wander was my Nikon F2S, a solid workhorse and a Nikkor O 35 F2 lens, a great combination.  Camera: Nikon F2S, Nikkor O 35 F2 lens.  Film: Kosmo Mono 100, ID-11 1+1.
Post a Comment
Read more

First Hike of the Year at Scotsdale Farm 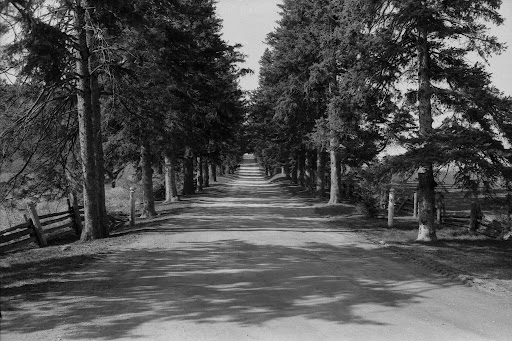 One Saturday three weeks ago I managed to get out for an early morning hike before the local hordes showed up. Scotsdale Farm is a unique location,  it has some hiking trails that hook into the Bruce Trail and Silver Creek Conservation Area. I forgot how healing it was to go out hiking, it has been a very stressful spring. My mom suffered some healh declines and was hospitalized back in mid March, I was the live in care giver. Mom has some chronic health issues that make living at home an impossiblity now. She's now settled in a nursing home which is a big weight off my mind. Getting there was one hell of a ride, I'm thinkful hiking and photography helped get me through.  Camera: Nikon F2S, Nikkor O 35 F2 lens.  Film: Kosmo Mono 100, ID-11 1+1.
Post a Comment
Read more

The Fog Didn't Stay for Long 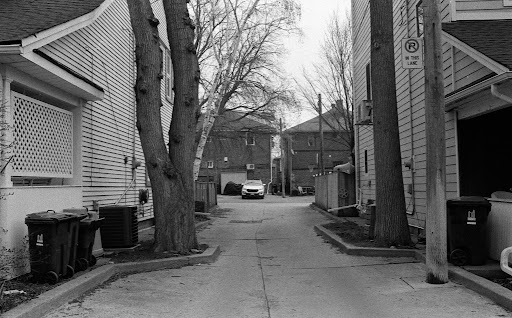 Not sure I had fog that day or it was ground level cloud cover, either way, it burned off as I was ending my photo walk. I was smart to choose Bergger Pancro 400, it is one of my favourite black and white films that sadly is very thin on the ground on the momen due to supply chain disruptions from Covid 19. Such is life, I can easily switch to a different film stock and keep on trucking.  Camera; Nikon F2AS, Nikkor Ais 35 F2 lens.  Film: Bergger Pancro 400, HC110 B
Post a Comment
Read more

Foggy Morning in the Beaches. 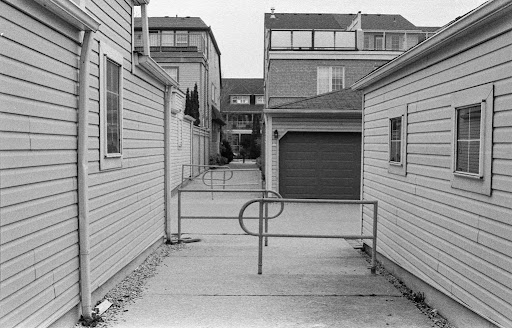 I have shot in the Beaches in bitter cold, heat and humidity that can be cut with a knife, Even in the rain, never in the fog. I had to drop some documents off at my brother's place and it's the classic, since I'm in the neighourhood, do a solo photo walk. I packed my Nikon F2S ran with a two lens set up with the Nikkor Ais 35 f2 lens  and a Ai 105 F2.5 left in the bag, just in case. The film choice was Bergger Pancro 400 which afterwards I processed in the B dilution of HC110. I needed some latitude.  Driving into the city from the west end it was pretty clear but even from the Humber River you could see the wall of fog. I knew this would make for an interesting day of shooting. The fog was mostly over the lake and really didn't extend that far inland. Some shots look foggier than others.  Camera: Nikon F2AS, Nikkor Ais 35 F2 lens.  Film: Bergger Pancro 400, HC110 B.
Post a Comment
Read more
More posts