Showing posts from May, 2018
Show all

They Said It Was A Three Hour Tour, My Visit To Toronto Island I haven't been to Toronto Island in ages, not since the disastrous night photography shoot from Olympic Island years ago. A few lessons learned from last time, first off, don't go in the afternoon, the line up for the ferry will stretch all the way to Queen's Quay, go in the morning, earlier the better for the decent light. Next tip get off either at Hanlan's Point or Ward's Island, everyone, and I mean EVERYONE wants to go to Centre Island. Once you're done, you will want to go home, don't go back via Centre Island Ferry Terminal, it will be a zoo. It was a weird day lighting wise, when I left the house it was overcast, I decided to run with Kodak Tri-X 400 and I was going to process in Xtol at the other end, that would cover everything. By the time I got to the Toronto Island Ferry Terminal, the cloud cover started to break. I wanted the clouds to pop and put a yellow filter on the 50mm lens and got some great skyline shots. Walk just east of the Ward&#
Post a Comment
Read more

College St. Part Two, when it Runs into Carlton 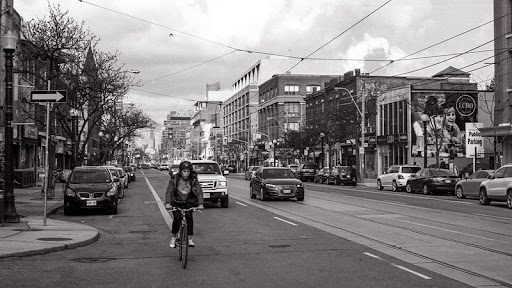 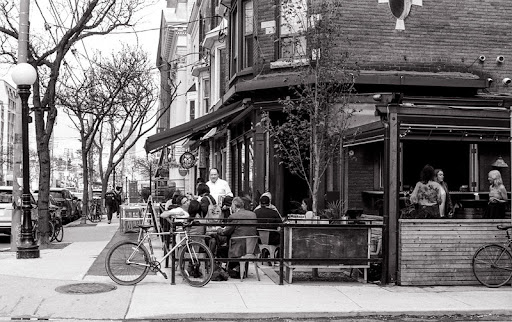 It's been ages since I have taken photos on College St. Now, that old saying, the more things change, the more they stay the same, really applies. Old spots I used to haunt like Bar Italia are gone, other places like Cafe Diplimatico aren't going anywhere. I'm still experimenting with Fomapan 400, of course, I'm rating it at 250 ISO, this time I processed in Xtol stock developer as opposed to 1+1. I'm quite pleased with the results, there's a pleasing grain to the emulsion. Camera: Nikon FE, Nikkor Ai 50 f1.4 lens. Film: Fomapan 400, Xtol stock.
Post a Comment
Read more 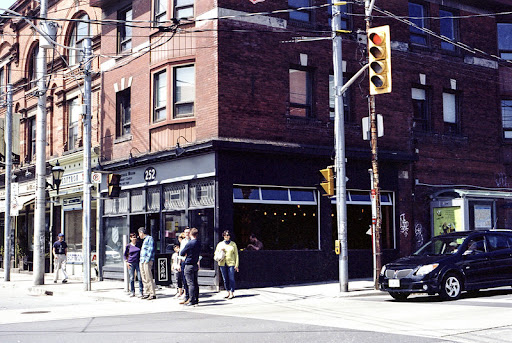 After lunch I doubled back through Cabbagetown and across the Don Valley. Bridge Point Health is an interesting complex to shoot with the modern wing and the old Don Jail. Wandering through Chinatown east the path went south into the Riverside neighbourhood. Camera: Olympus OM-1n, Zuiko MC lenses. Film: Kodak Ektar 100
Post a Comment
Read more

Colour of Spring Part One 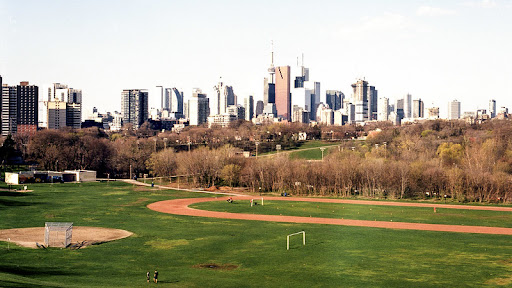 Dry running photowalks is fun. As you figured out I went out with my Rolleiflex and Olympus OM-1n, both are great cameras. Sadly something went wrong with my Olympus OM-1n meter, and relied on Sunny 16 for the remainder of the day, which was pretty easy as there was no cloud in the sky for most of the day. I wandered from my starting point at the Rooster Coffeehouse on Broadview through Cabbagetown and then doubled back after lunch and went south. My cardinal rule for photowalks, start with coffee, end with beer. I haven't been through Cabbagetown in ages, it's a weird neighbourhood. There's a lot of affluence and a few blocks away in St. James Town and towards Jarvis, it is a little more rough around the edges. For how long, who knows? Real estate in the city is headed nowhere but up. That is just the ugly reality. Very least store level retail is occupied along Parliament, you can't say the same in the Beaches along Queen St. The Olympus OM-1n will have a date w
Post a Comment
Read more
More posts