Showing posts from February, 2016
Show all

Going Skiing While I Still Can 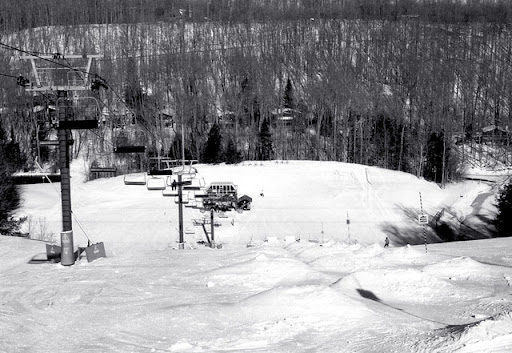 This hasn't been the optimal ski season, a late start and mild spells that make for ski conditions like a giant slurpie. There are however weekends where it is downright near perfect. This weekend is going to be one of them so I'm skiing Friday and maybe Sunday if the weather cooperates  and enjoying it while we still got it.  Camera: Nikon FM, Nikkor Ais 35 f2 lens, Nikkor Ais 105 f2.5 lens. Film: Fomapan 200, D76 1+1.  Now an old friend of mine, Shelagh McGrogen gave me some solid advice a few years back, be the water. I now I've said it before and I'll say it again, be the water. You can't be the rock in the middle, the ice along the shoreline or the shore.
Post a Comment
Read more

Toronto Along King St. in February 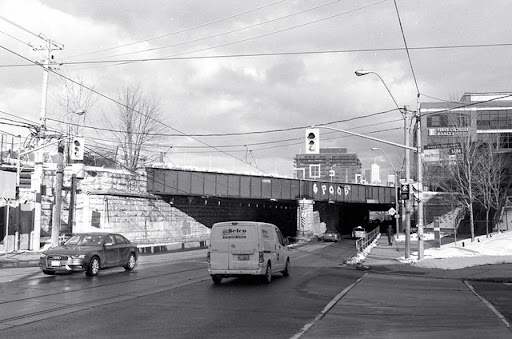 King St. Between Liberty Village and Spadina Ave is constantly evolving with the constant development going on. I particularly like the stretch between Bathurst and Spadina for the architectural integrity compared to other stretches which have become condos. Unfortunately if I'm on schedule there's never enough time to slow down and wander through capturing the details on the buildings. Thankfully Allied REIT is smart and renovated the old factories and warehouses into office space. I'll be back on my own time when ski season is done for the year. I shot this on my recently overhauled Nikon F2SB I picked up from Burlington Camera back in December, the tech did a superb job on it and the meter is bang on. The Nikkor O 35 f2 lens is a brilliant piece of glass and I forgot how nice it is. I'm figuring out my March Break kit and it could be a Nikkormat and The F2SB, we'll see. Camera: Nikon F2SB, Nikkor O 35 f2 lens. Film: Ilford HP5 400, HC110 B.
Post a Comment
Read more 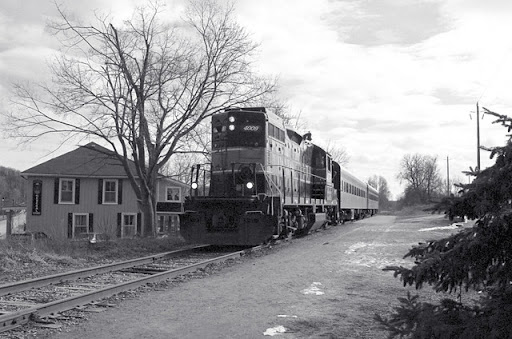 Inglewood is hamlet within Caledon On, I guess people commute to Brampton or maybe Orangeville for work. It's in the middle of the GTA Greenbelt and is one of those spots you stop if you're on a day long bike ride or exploring the escarpment region. I got lucky and got a shot of the Credit Valley Scenic Railway. Looks like they painted their cars in the mid 1960s Canadian Pacific paint scheme, fitting because the short line used to be a CP rail branch line. Camera: Nikkormat FTN, Nikkor O 35 f2 lens. Film: Ilford HP5 400, HC110 B.
Post a Comment
Read more

Winter In Caledon So Far 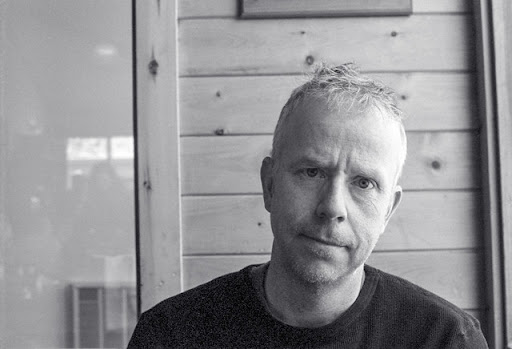 Meet my brother Alex, my best friend, fellow film photographer and sometimes enabler when it comes to camera equipment. I haven't used the Nikkor H 50 f2 lens before for a portrait and I like what I got. Usually I use the Nikkor S 50 f1.4 lens instead but when skiing and I ski with my camera gear, saving weight is paramount, especially with Nikon gear which can be heavy if you're packing more than two lenses. The camera I used to take Alex's picture, a 46 year old Nikkormat FTN was a birthday present he gave me. The meter is spot on, which is amazing for a camera this age. As for skiing, we got skiing up at Caledon Ski Club even though the surrounding countryside looked a lot more like mid to late March. I'm concerned that the season could come to an abrupt end because the base isn't that deep compared to other seasons. That said I'm enjoying taking pictures on the side of the road in Caledon on the way home at the end of the day. Camera: Nikkormat FTN, Nik
Post a Comment
Read more 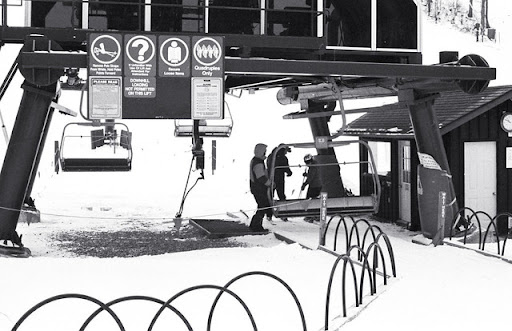 We're paying for the last couple of winters, I didn't start skiing until mid January which is the latest in my 41 year skiing career. Caledon Ski Club has an extensive snowmaking system, as long as temperatures cooperate, we got snow. Meanwhile south of Lower Base Line Road, there's barely a dusting on the ground and when you go south of Steeles, it looks like November. This is going to be one of those quality over quantity seasons, I signed up for Podcamp at the end of February, however if it's a nice sunny day with temperatures hovering around -3c, guess what, I'm on the slopes. Camera: Nikon F Photomic Tn, Nikkor S 50 f1.4 lens. Film: Iford HP5 400, HC110 B.
Post a Comment
Read more
More posts