Showing posts from April, 2020
Show all

My New Olympus OM-1n, Pandemtic Buying and the First Day of the New Reality 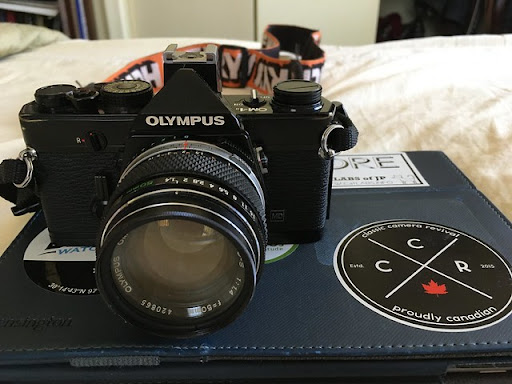 Show of hands, who in the studio audience has been buying gear during the pandemic? I'm guilty as charged. I already have a black OM-1n but the meter needs fixing, but this one (minus the 50 f1.4 Zuiko lens of course) showed up on Facebook Market Place at a price I couldn't say no to, which is roughly the price at getting the meter fixed. Usually I would do these transactions over coffee at a Starbucks. Well that was off the table with the new pandemic rules. The seller and I met up in a parking lot between a Tim Hortons and a FreshCo supermarket and to a casual observer at a distance it looked like an arms deal.  Of course we practiced physical distancing and everyone was pleased with the transaction. So, the new to me OM-1n, it's in great shape and for what I would pay to get my other one fixed I had a body with a meter peforming perfectly and converted to use 1.5 batteries to boot, what's not to like? Everything checked out, no issues with frame spacing, the shutt
Post a Comment
Read more

March 15, The Day Everything Shut Down. 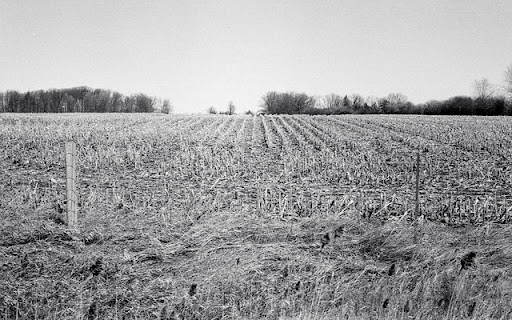 There are certain dates what will etch into your memory for an eternity, in this case, March 15, 2020, the day when the world I once knew disappeared within a matter of a few hours. If you have been following my photo blog, I was house and dog sitting at my brother's place in Toronto from March 9 to March 14. I was planning to go skiing the following week as sort of a victory lap for the season but take the 15th off to sleep in and run some errands. Things changed when I got an email from the Caledon Ski Club, they decided to call it a season as of 4PM the 15th, I had a gut feeling they would shut the lodges down tight shortly afterward (they did within a space of a week). I raced up to the hill to clean out the family ski locker, I didn't even stop at Goodlot for a beer run, it was up and home. I took the Pentax K1000SE I had in my posession and shot the second roll of Eastman Double X on the way up and home for the Partnership of the Passing Pentax project. I wanted to get
Post a Comment
Read more

More from the Time Before 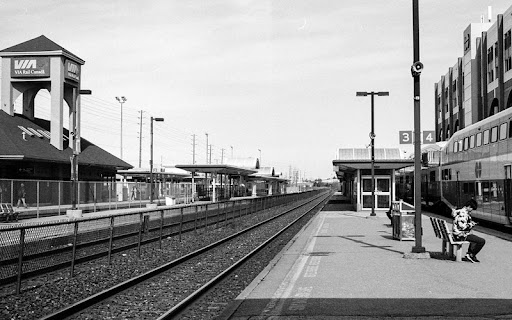 I was part of a travelling camera project, in this case involving a Pentax K1000SE and the stipulation that Eastman Double X be used as the film stock. I got the camera in the mail at the tail end of February, it was already a month behind and COVID-19 was still an abstract concept. I shot the first roll in early March when I was in Toronto with an independent communicators networking event. I walked up from Union Station, of course stopping by at Downtown Camera for a film top up. Looking back at these negatives from almost two months ago I'm struck how different things are now. I haven't been downtown Toronto since my stay in the Beaches, even then you could feel something was coming, we're just not sure what at the time. I didn't keep the K1000SE long, I shot a second roll which you will see next time and I sent the camera along to the next person who was in Illinois as quickly as possible. I already have a Pentax K2, KX and a pair of KM's so I already have t
Post a Comment
Read more 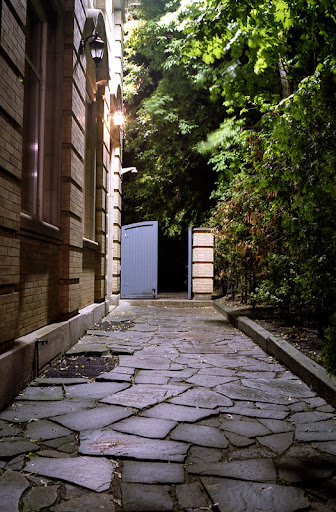 The bottom photo became a popular print, one sold on the last day of a group show I was part of, and on another occasion was the subject of a bidding war at a charity auction. The one I have left is framed and in my front hall. The Summerhill Train Station now LCBO store is a tough building to shoot without a perspective control lens, I also knew a lot less in 2008 than I do now. I made up for it by focusing on the details. Camera: Olympus OM-1md, Zuiko lenses. Film: Fuji Pro 160S.
Post a Comment
Read more

Let's Go Back In Time to 2008, A Summer Night Photography Workshop Part One 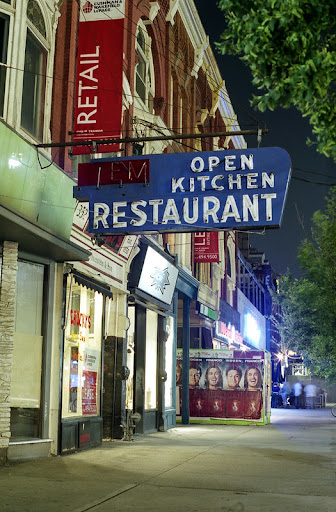 It was a hot Summer evening and with a small group of people we went out to learn the ins and outs of night photography, I was brought in as a co-instructor as the person leading the course was from out of town and while in Toronto on a semi regular basis needed someone to scout locations to shoot and act as a mentor. I shot on my Olympus OM-1md, the mirror lockup was easy to use and Zuiko glass, you just can't go wrong with that. I used Fuji Pro 160S, that was a nice film to use with decent latitude, I'm just wondering what I would have gotten if Cinestill 800T was on the market and I was shooting medium format. I didn't really discover TLR's until the following year. So, pure speculation. Maybe I should go back with my Mamiya C220f and some Cinestill 800t and revisit some of these sites when the lockdown ends. What you see below was from July 2008, another calm before the storm moment. I started work the following week with a community relations project that woul
Post a Comment
Read more
More posts