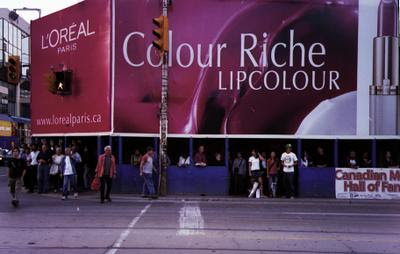 Some more photos with the Kiev III. I took them before class in Dundas Square which is an ugly square made pretty by my photos. I used 400 asa Fuji Superia colour film with a Jupiter 8 35mm wideangle lens which is becoming one of my favourites. Pity it won't fit onto my Contax IIIa as they share the same mount and a very similer camera design.
Post a Comment
Read more
September 28, 2005 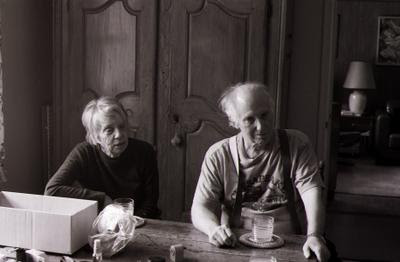 This is not an easy photo for me and I was quite slow in uploading it here. I took this back in March of 2005 two days after my dad was diagnosed with inoperable Cancer, he passed on two and a half weeks after this picture was taken. I get emotional on this photo and it proves family snapshots can be quite powerful. Dad gave me his Leica M3 and Nikon F, my brother Alex got the Leica IIIG, Nikkormant FTn and a Topcon that afternoon. I was not an easy afternoon for Alex and I but I saw where dad was coming from, he was tying up loose ends. I took this photo with the M3 and I am sad he is not around to see what Alex and I are up to with his gear.
1 comment
Read more
September 17, 2005 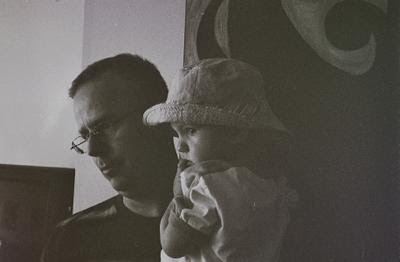 Now there are some really cool cameras from the former Soviet Union that take amazing photos. I own a KievIII which is a knock off of the Contax III, I own a postwar version of that camera, they are rewarding to use. My brother Alex featured at top with my nephew Marcus got me hooked on this camera and the idea of shooting with FSU hardware and recently picked up a 35mm wide angle lens a Jupiter 12 I can't wait to try out. The rest of the photos were taken around Kensington Market except for the teddy bear which was taken outside the Toy Shoppe in Yorkville. Stay tuned for some neat photos coming up.
Post a Comment
Read more
September 13, 2005 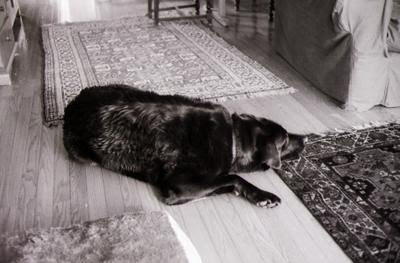 These are some shots taken back in June with the Canonet QL17, the ultimate street camera. I was using Ilford HP5 as film. The first two shot are my classmate Lisa and a group shot of the rest of my first PR class taken at the Beford Academy back in late June. The rest were taken on Queen St. West, across from the ROM and an amazing shot of my favourite black Lab named Tar who is chilling out in my brother's living room.
1 comment
Read more
September 10, 2005 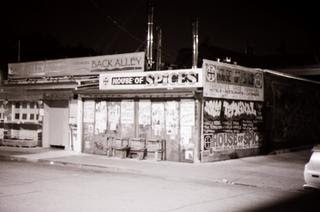 < Here are some shots taken on my birthday on August 31st, with a Leica M3, the last photo was taken with only ambient light with the apreture on the lens at 1.4 and the shutter at an 1/8 of a second. Me thinks I am doing any interior work I should play with 3200 speed film.
Post a Comment
Read more
September 02, 2005 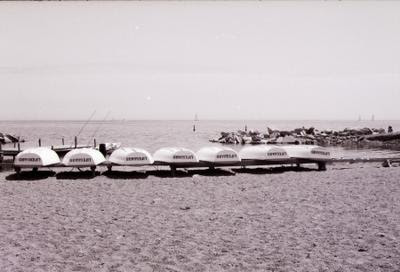 Here are some more photos taken in the Beaches neighbourhood in Toronto taken in late June with a Nikon F, Nikkor 50/1.4 and a Vivitar 28/2.5 wideangle lenses. This will hopefully alievate Seasonal Afflicted Disorder come February. I have been giving the scanner a good workout getting the negatives scanned and uploaded whilst listening to Mary Fox's Northern Soul programme on the BBC website. Top drawer tunes with a nice funky soul groove.
2 comments
Read more
September 01, 2005 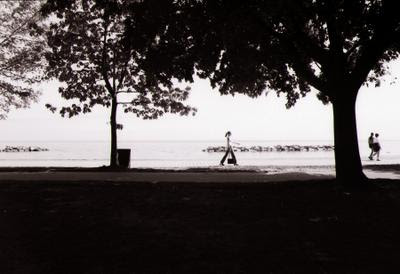 This is some shots I took earlier this Summer with my Nikon F which was the Pro camera to have in the 1960's and early 1970's, to put in rock guitarist frame of reference this is the Gibson Les Paul of cameras. I love them because like the Leica M3, no batteries to run the shutter, this baby is all mechanical and will last another 100 years if well cared for. I used Delta 100 pro film, a Nikkor 50/1.4 lens and I shot around the Beaches, my mental hideaway in the city. The one skyline shot is of Toronto looking west from getting off the Don Valley Expressway. The woman strolling along the boardwalk is my favourite Summer shot of 2005. Pity it's almost over.
2 comments
Read more
September 01, 2005 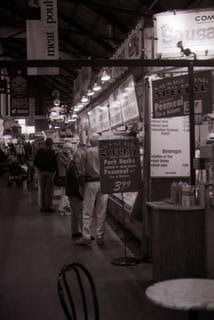 I have mastered the art of scanning negatives, this output was taken in early April of this year at St Lawerance Market, downtown Toronto and the Westbound on ramp for the Gardiner Expressway, I was the passenger by the way. I used my Nikkormat FTn with a Nikkor 50/1.4 lens with Ilford Delta 400. Up next will be output from my Nikon F.
1 comment
Read more
September 01, 2005 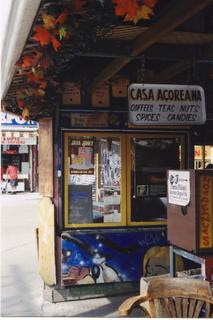