Showing posts from July, 2019
Show all

Downtown Wander with Dan Novak Part Two, to the Distilery District and Back 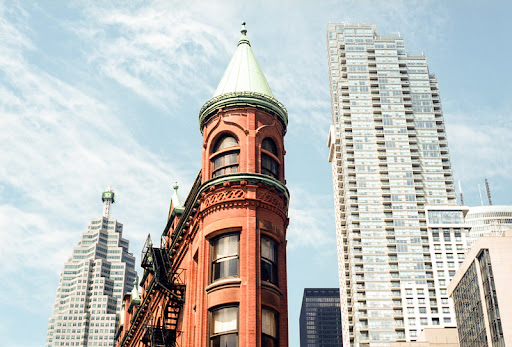 We covered a fair it of ground that Saturday and dodged a thunderstorm along the way. Camera: Minolta XD-11, MD Rokkor lenses. Film: Rollei RPX 400, HC110 B and Kodak Ektar 100.
Post a Comment
Read more

Wander Around Downtown with Dan Novak 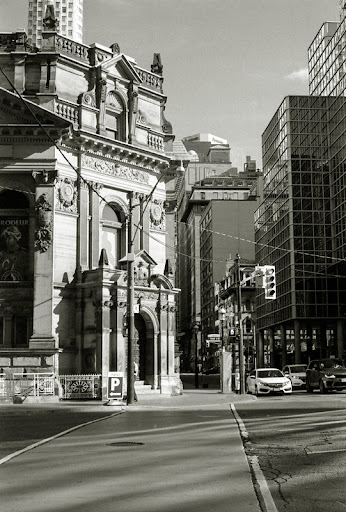 Somehow we got Dan Novak across the border from Western New York and we had a bit of a Negative Postives Film Photography Podcast meet up in Toronto. Camera: Minolta XD-11, MD Rokkor 50 f1.7 lens. Film: Rollei RPX 400, HC110 B.
Post a Comment
Read more 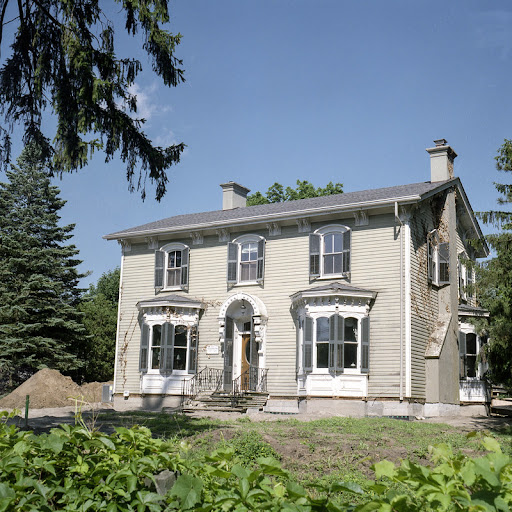 Fujifilm Pro 400H isn't my go to colour negative film, hasn't been for a long time. My friend Nancy recently gifted me an expired roll and I shot it on a Sunday morning walk to downtown Oakville for a coffee. It's odd looking at this colour palette which is very Fujifilm, nice to revisit but I prefer Kodak Portra 400 and Kodak Ektar 100 for medium format colour film. Camera: Rolleicord Vb, 75 f3.5 Schneider Xenar lens. Film: Fujifilm Pro 400H.
Post a Comment
Read more 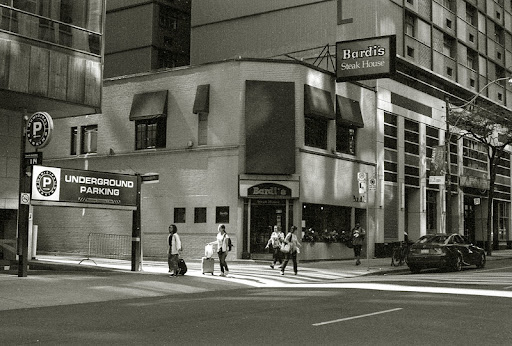 The Nikomat EL (or Nikkormat outside of Japan), was part of the first wave of Automatic exposure cameras in the early 1970s, others included the Pentax Spotmatic ES(II), the Olympus OM-2 of 1975, the Canon EF of 1973 (they were weird being big fans of shutter priority) and the Minolta XE-7. All these cameras were aimed at advanced amateurs looking for cutting edge (for the time) tech for their camera gear. These cameras delivered. The Nikomat/Nikkormat EL harkened to further design choices Nikon made with their prosumer cameras with the Nikon FM(2), FE(2), unlike the mechanical Nikkormats the EL had the shutter dial on top and the meter reading is just like the later FE's. The one achilles heal with the EL is not the 6v 4SR44 battery specced for the Canon A series and the New F-1, Nikon decided the best place to put the battery is under the mirror box and you had to access by locking the mirror up, what could possibly go wrong? The EL was discontinued in the late 1970s with the
Post a Comment
Read more
More posts