Sunday Walk in the Beaches in Late May

This was a two photo walks in one morning, today, we're seeing the first half. I met up with my friend's John and Ori along with my brother Alex and we wandered around the western half of the Beaches. Everyone else was rocking a Hasselblad 500 series camera, I travelled lighter with a Minolta XD-11 kit and ran with Fomapan 400.

The light started sunney but became overcast pretty quick but later becoming partly cloudy. The Minolta XD-11 handled the light well and loved shooting with the MD Rokkor 45 F2 lens. That lens is a sleeper in the MD Rokkor line up, bundled with lesser expensive cameras in the late 1970s line up it punched very far above it's weight. I can make an argument the 45 F2 is a great photo walk lens due to be slightly wider than normal but not being a "wide angle" lens. 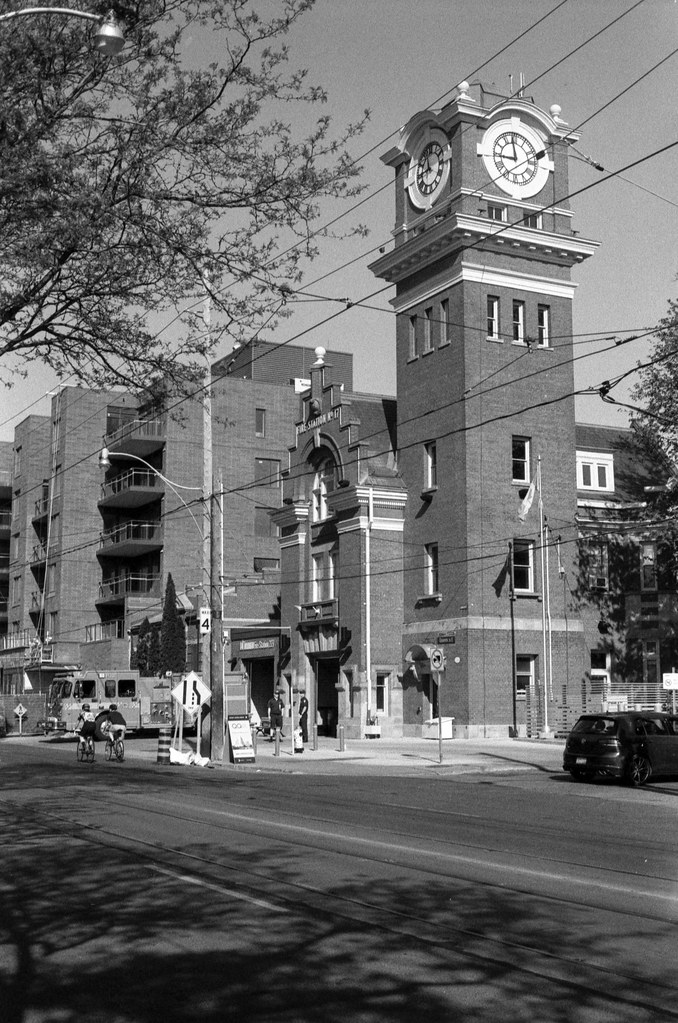 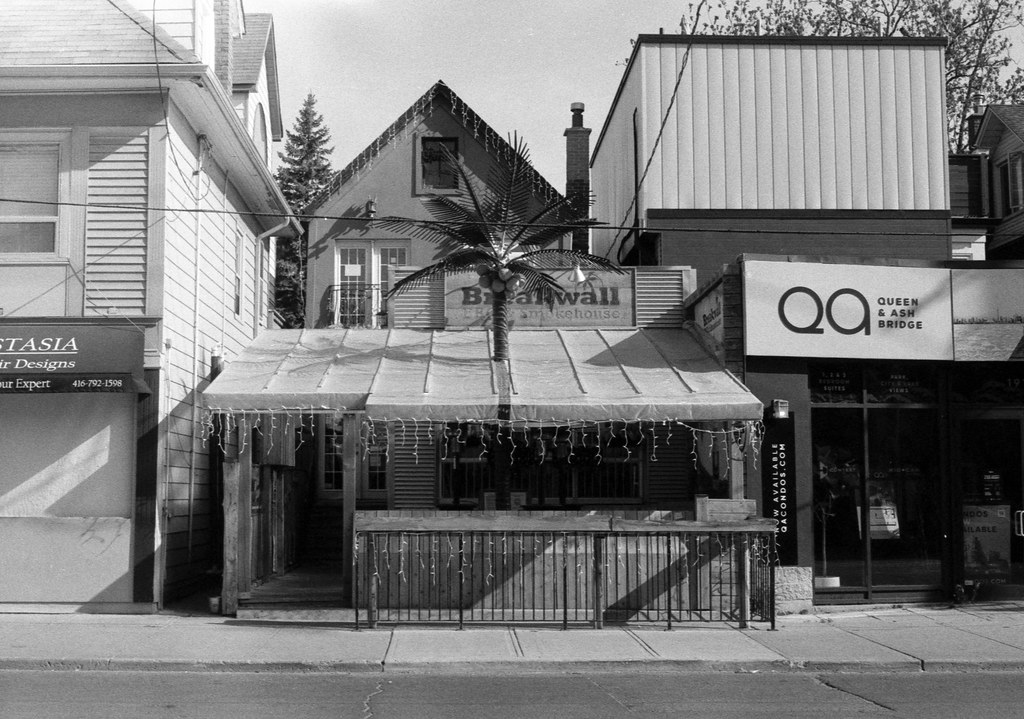 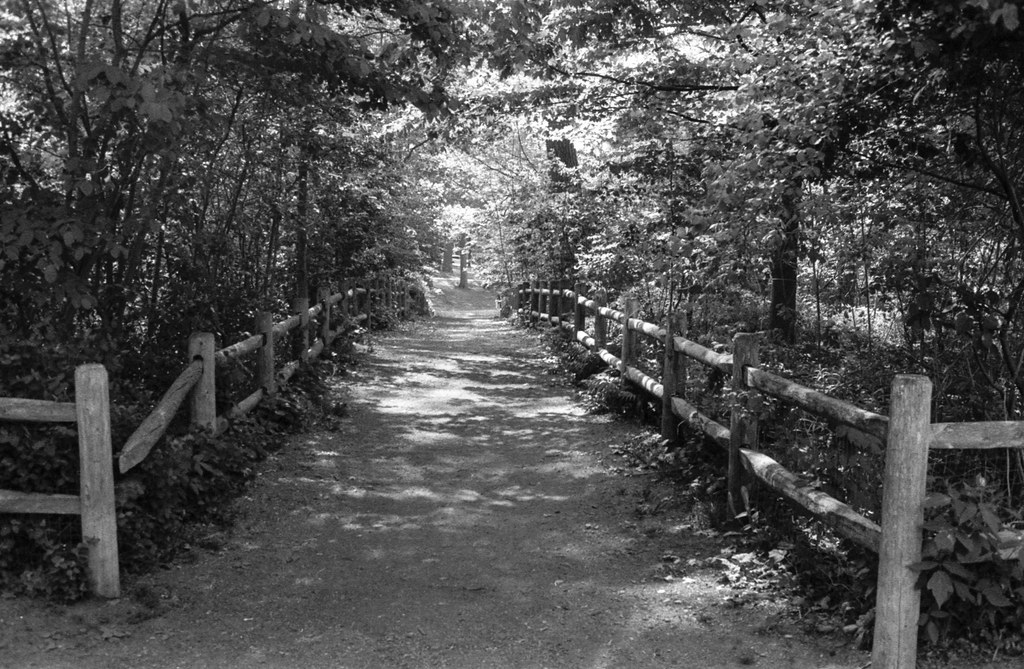 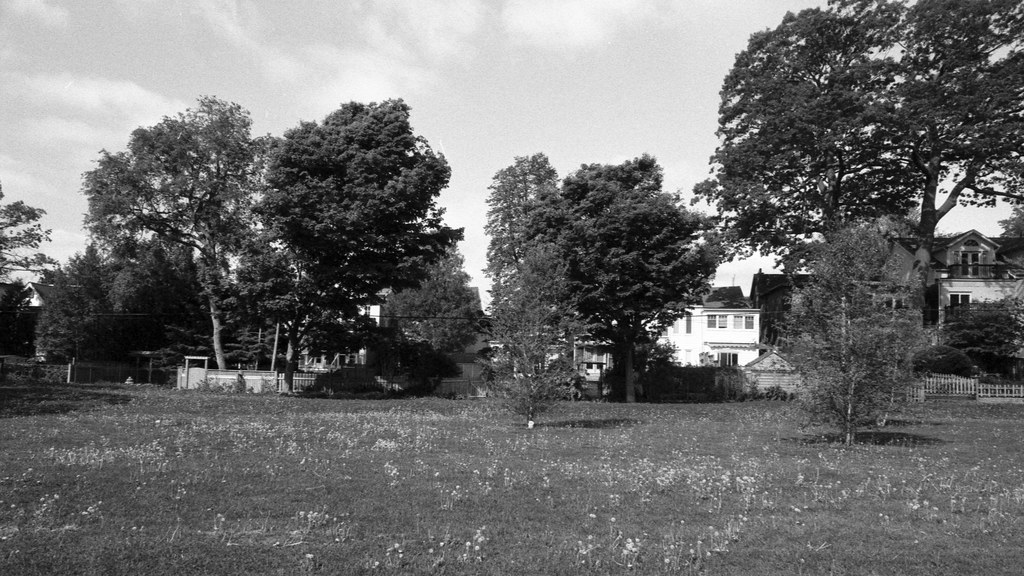 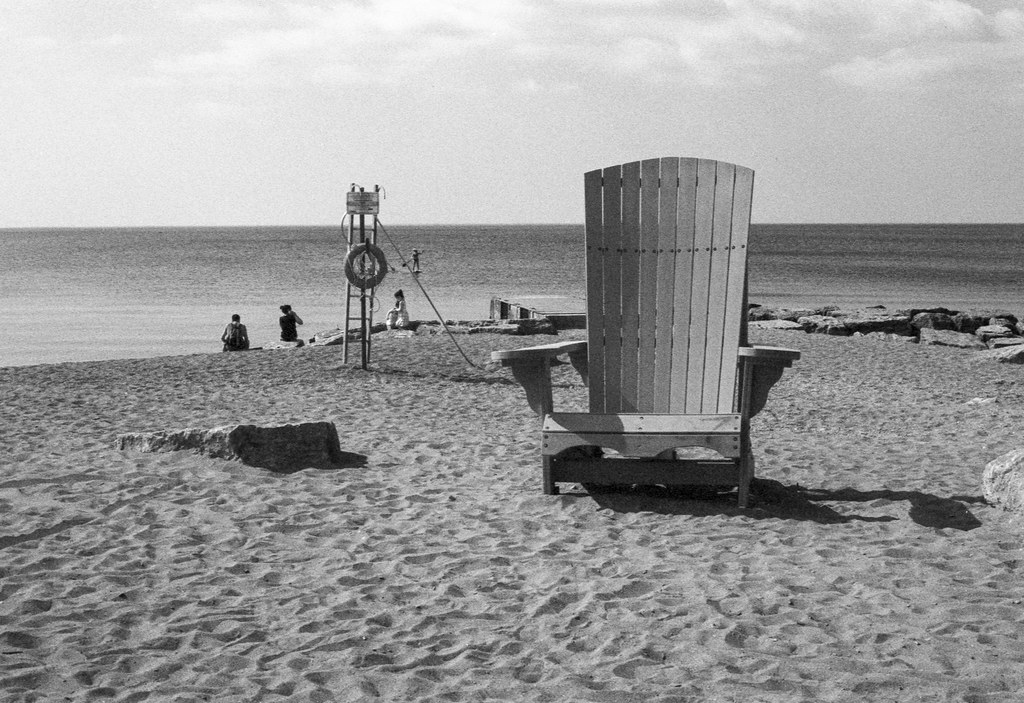 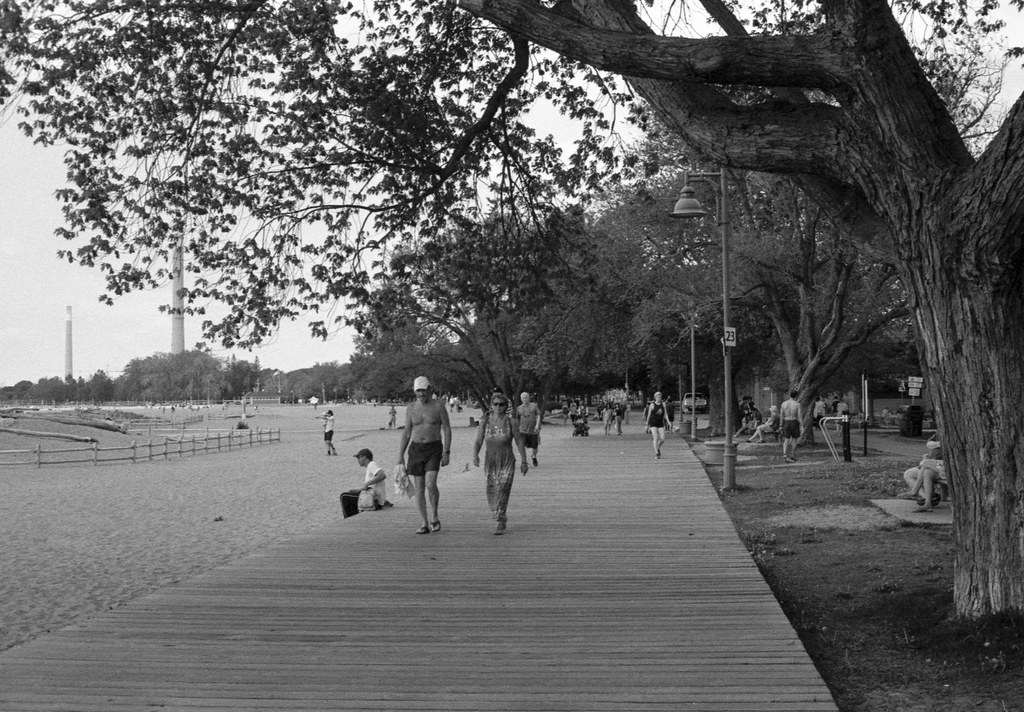 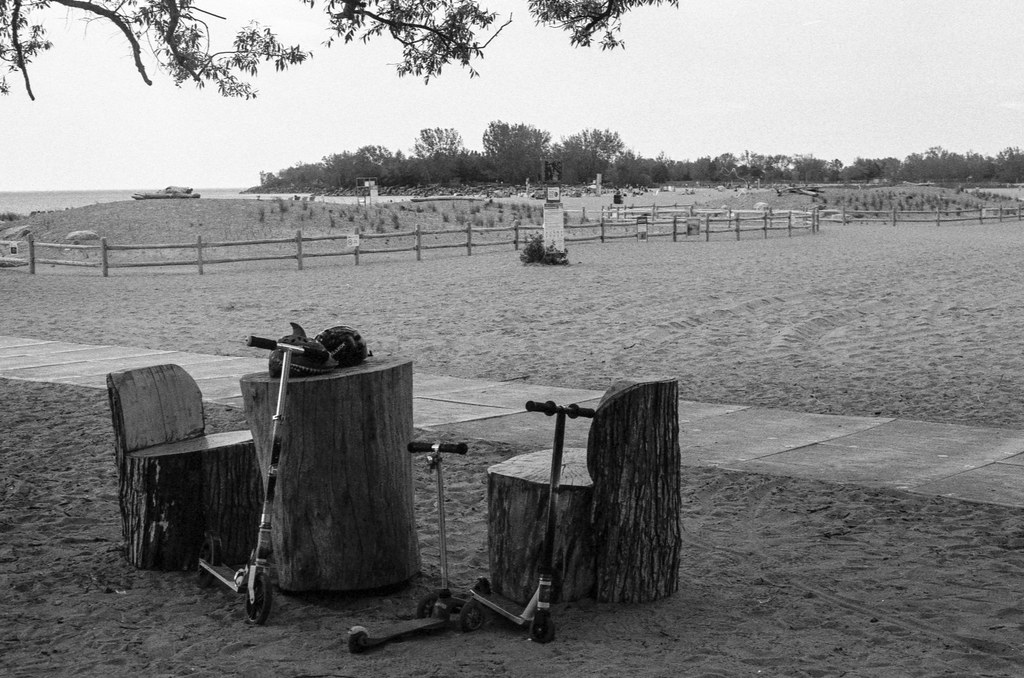 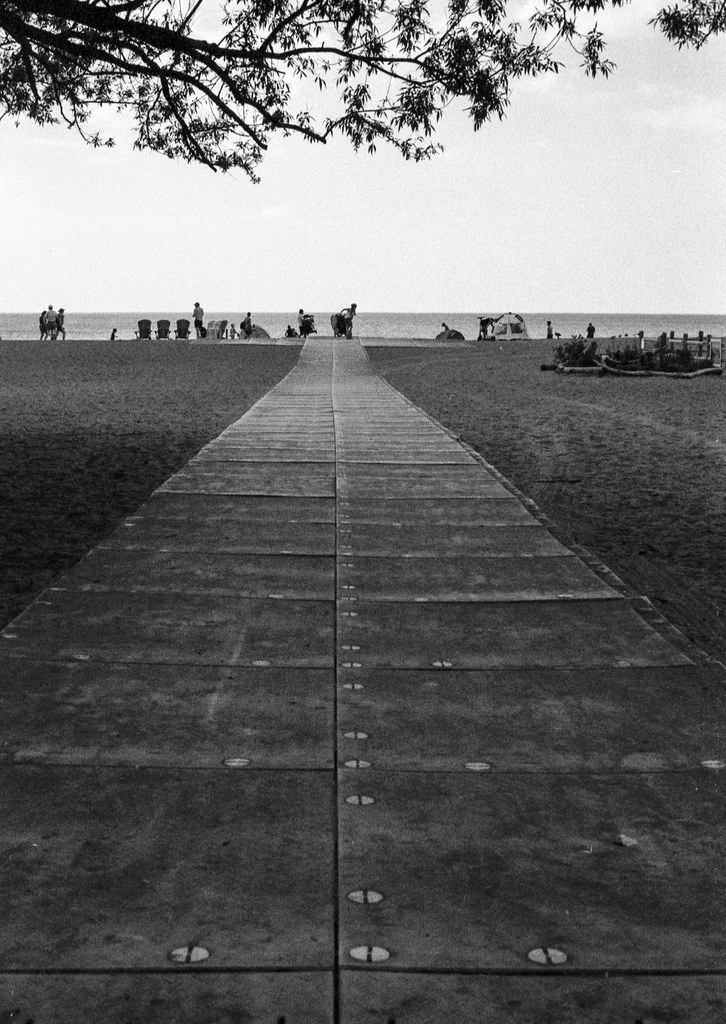 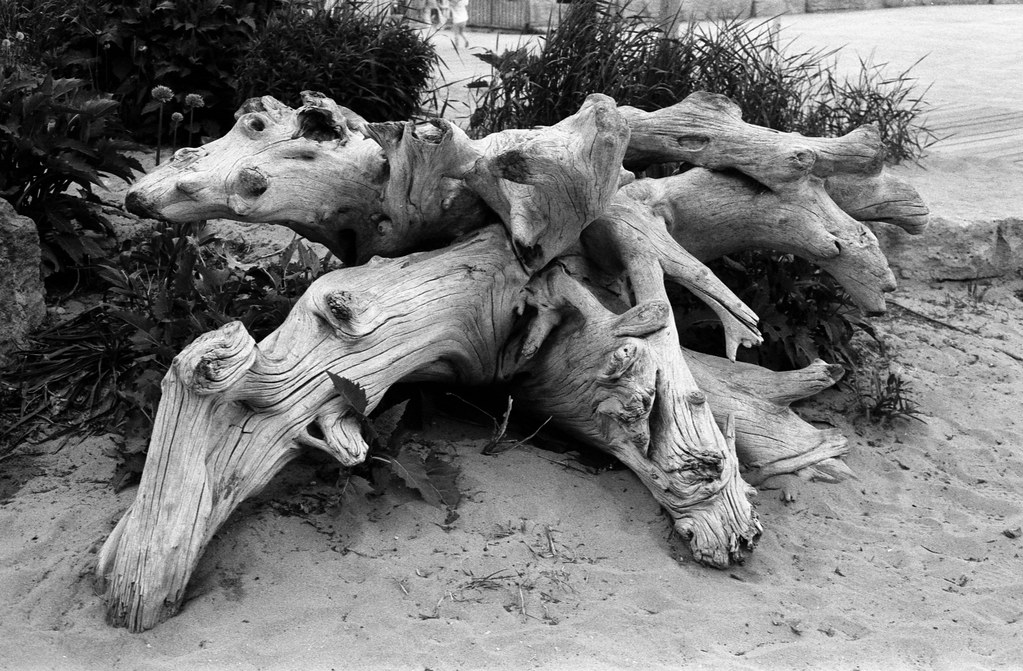 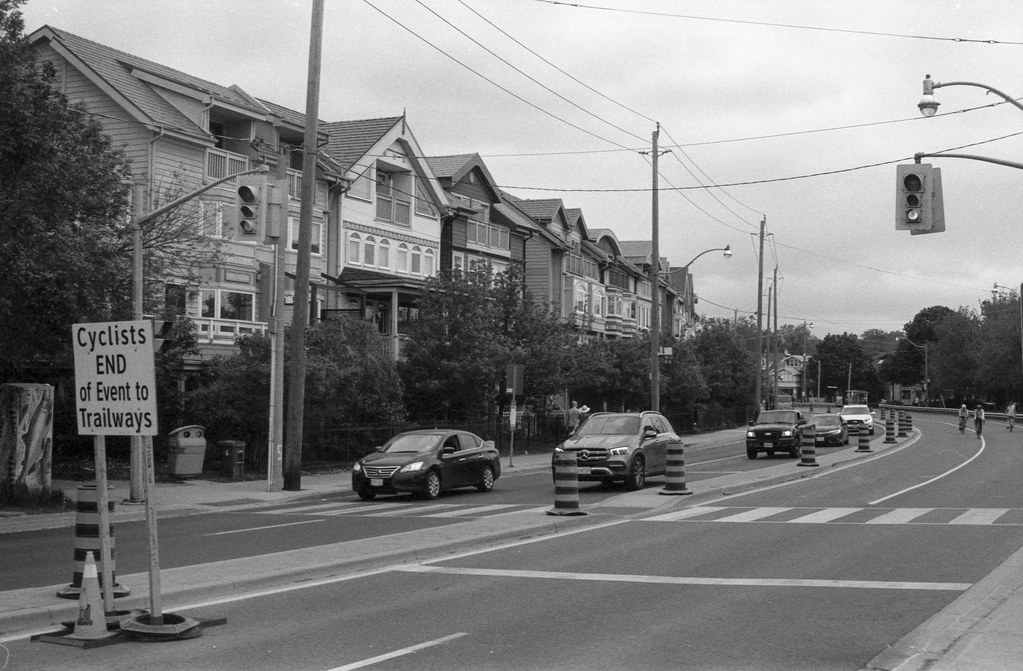 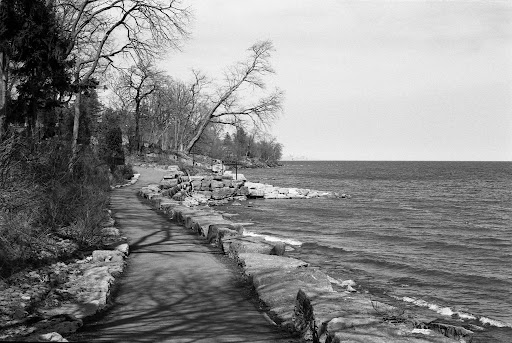 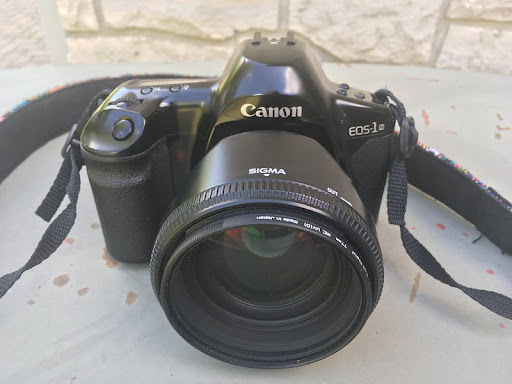 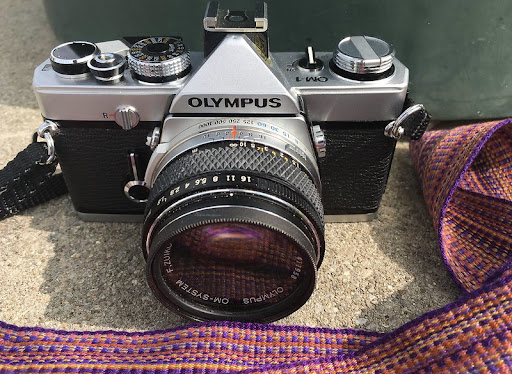