Never shot seriously with Kentmere 400 before, Kentmere 100, I have and gotten decent results out of it. Positioned as a "student" film at a relatively easy price point of around $8 CAD per roll compared to Ilford  HP5 coming in around $10 CAD and change. Ketnmere as a brand only started making film after being bought out by Ilford ages ago.

What Kentmere 400 is not: Rollei RPX 400 or Ultrafine Extreme 400, while the films mentioned are being made or have been made by Ilford on behalf of other parties, none of those films is Kentmere 400. Talking with friends I mused Kentmere 400 could be a previous generation of an Ilford 400 speed film (HP4 maybe?). Either way it doesn't quite have the same latitude to push process, you can only go as far as 800 ISO, and that's ok.

I chose this film for the 2023 Frugal Film Project and have a dozen rolls set aside for the coming year. That camera I have a short list and will announce that later. I bought a bunch of extra rolls to dial in my workflow, I'll mostly be using Ilfotec HC at 1+31 but I might experiment a bit with developers.

This was from a photo walk post Scriptus Toronto Pen Show 2023 on the Sunday before Halloween at met up with my friend Art Leim and he ran with a Pentax LX while I chose my Olympus OM-4Ti. for a wander between Bloor St., Ramsden Park and looping back into Yorkville. We had a lot of fog that morning before the sun burned it off. Never seen so much fog that week. 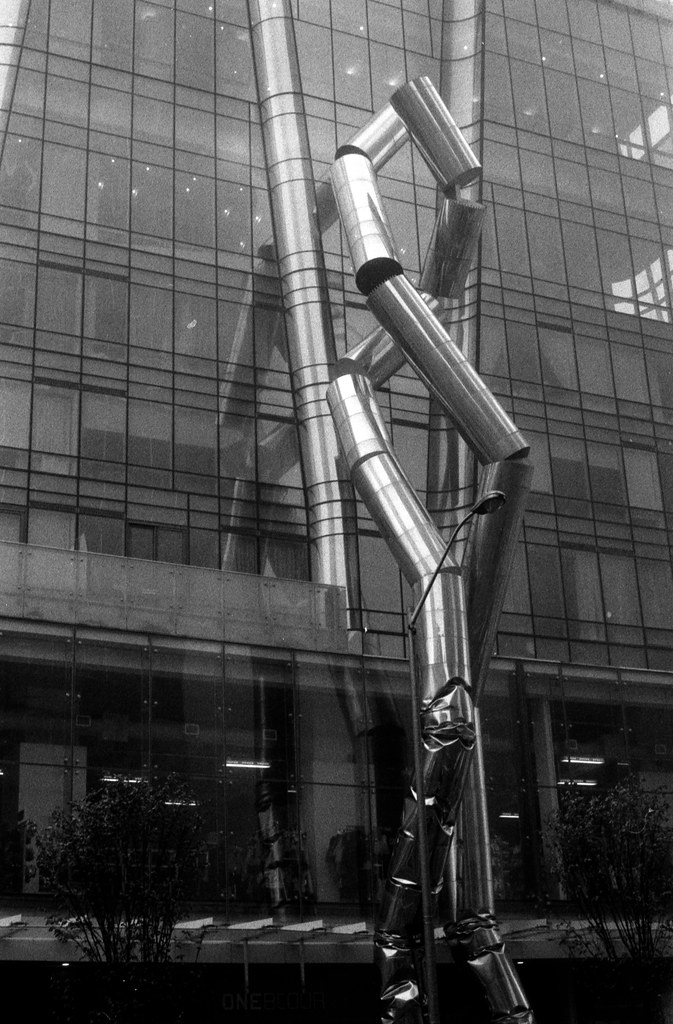 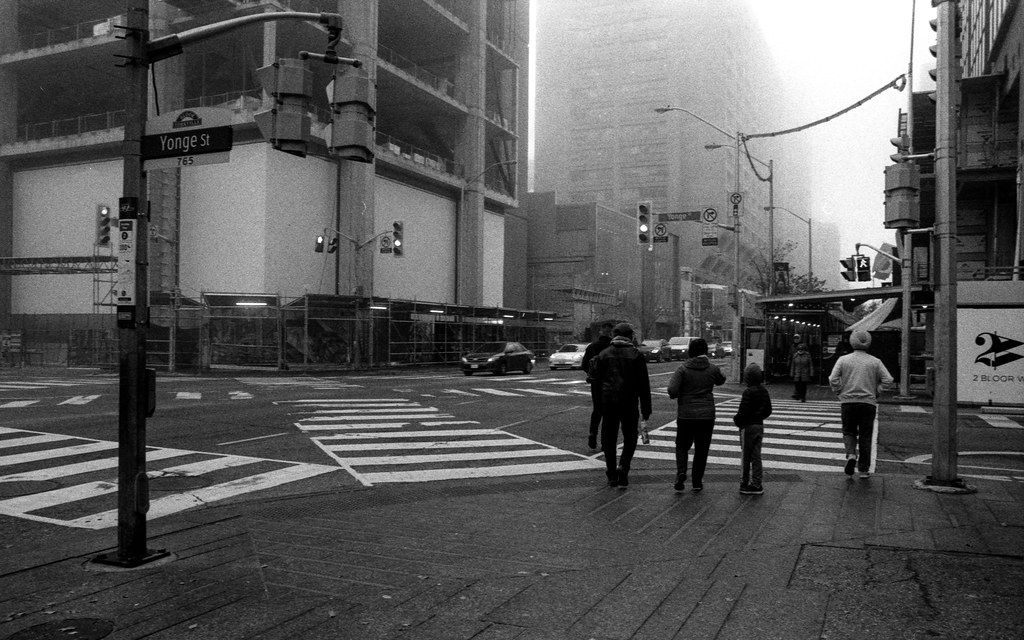 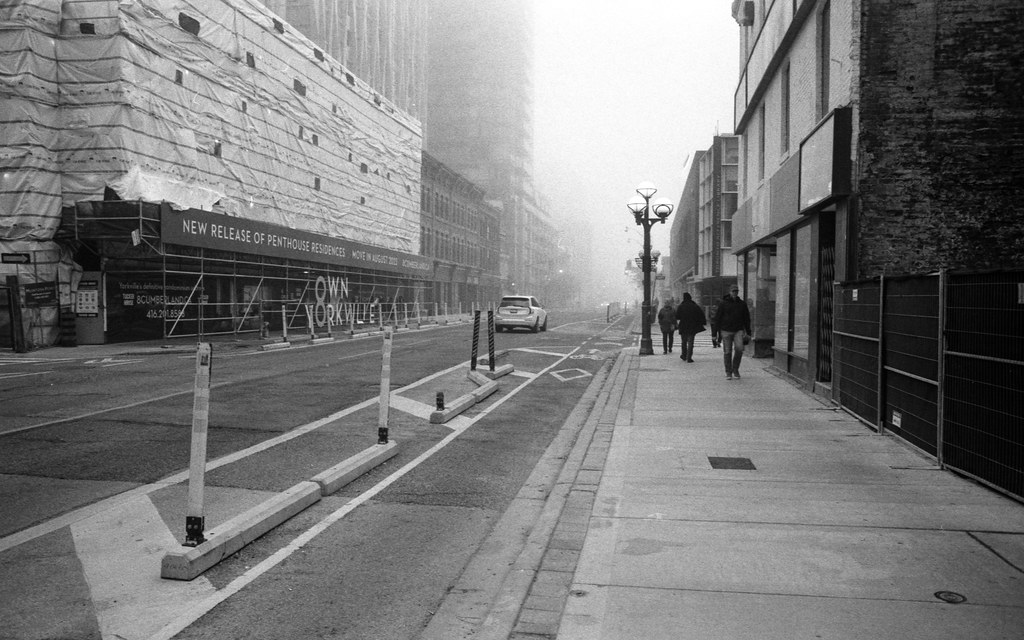 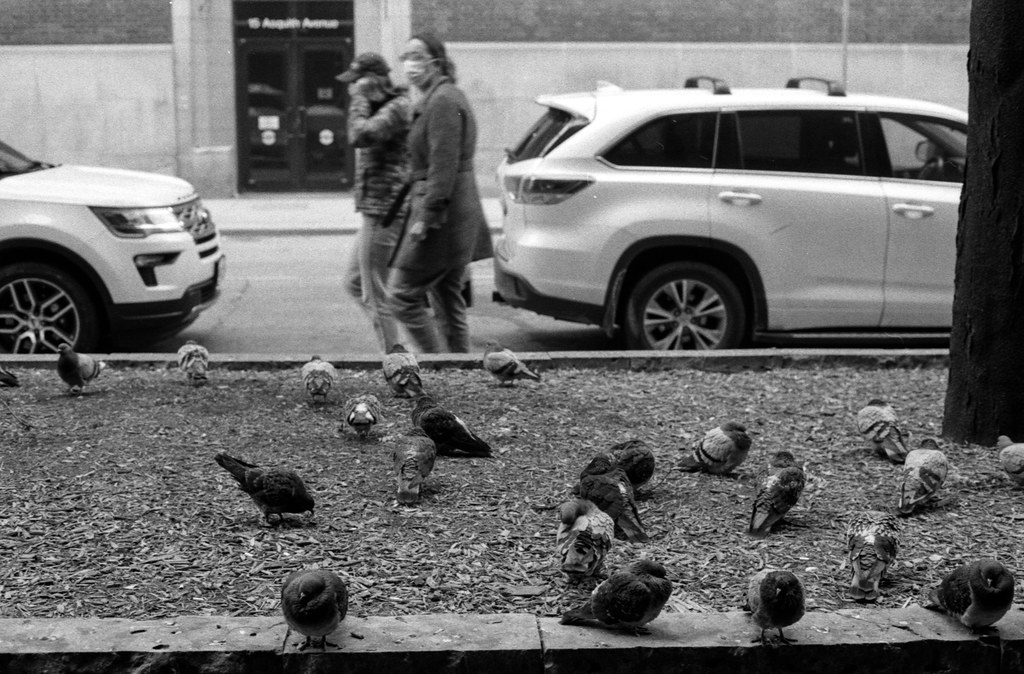 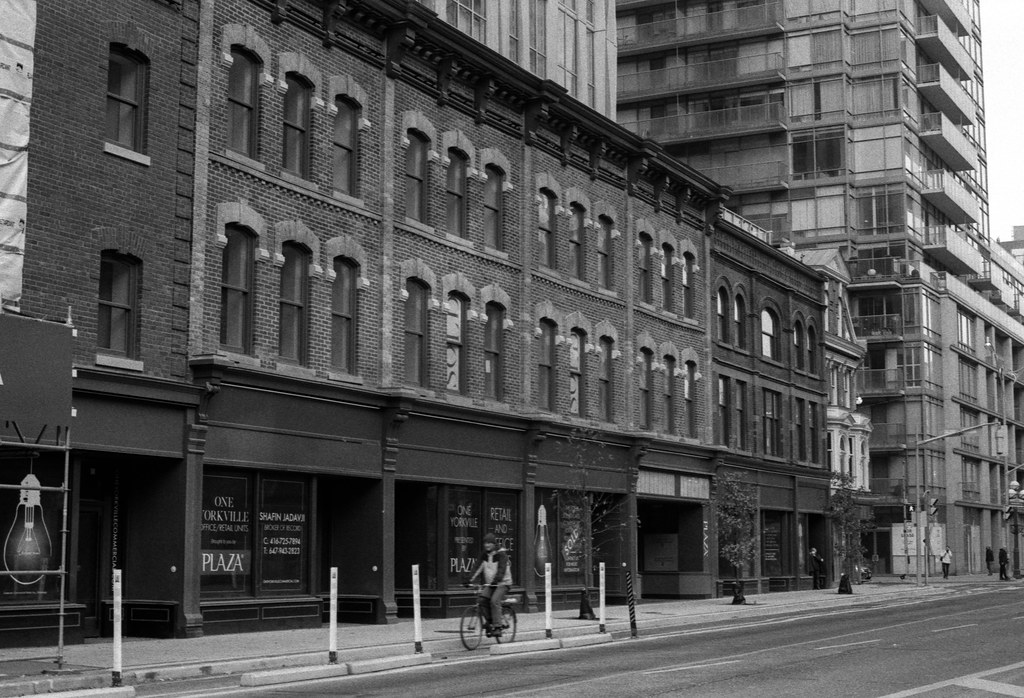 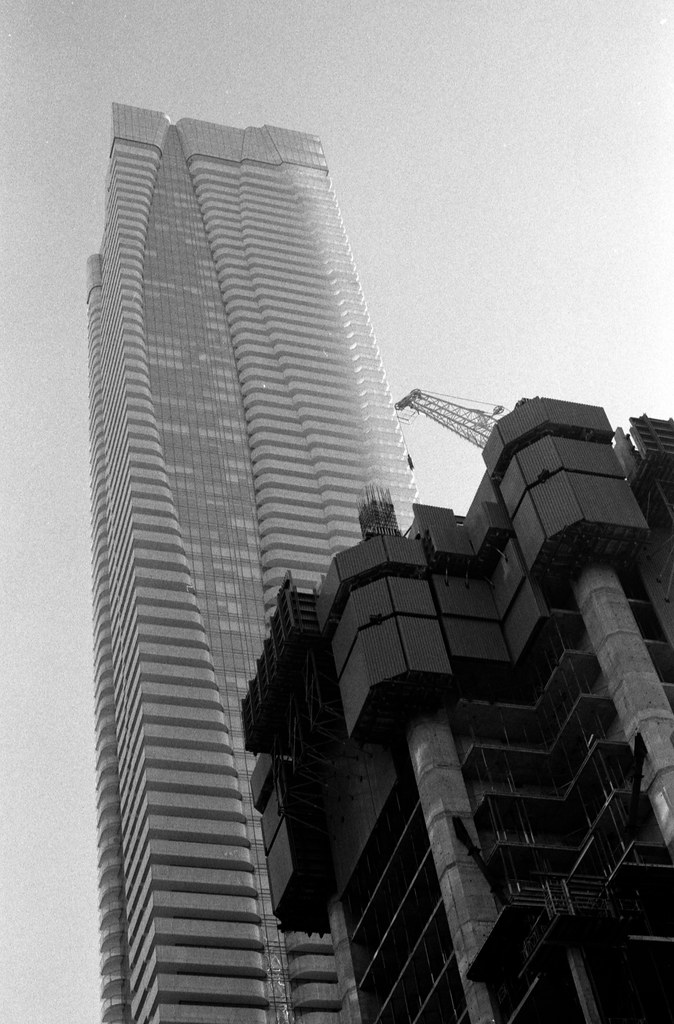 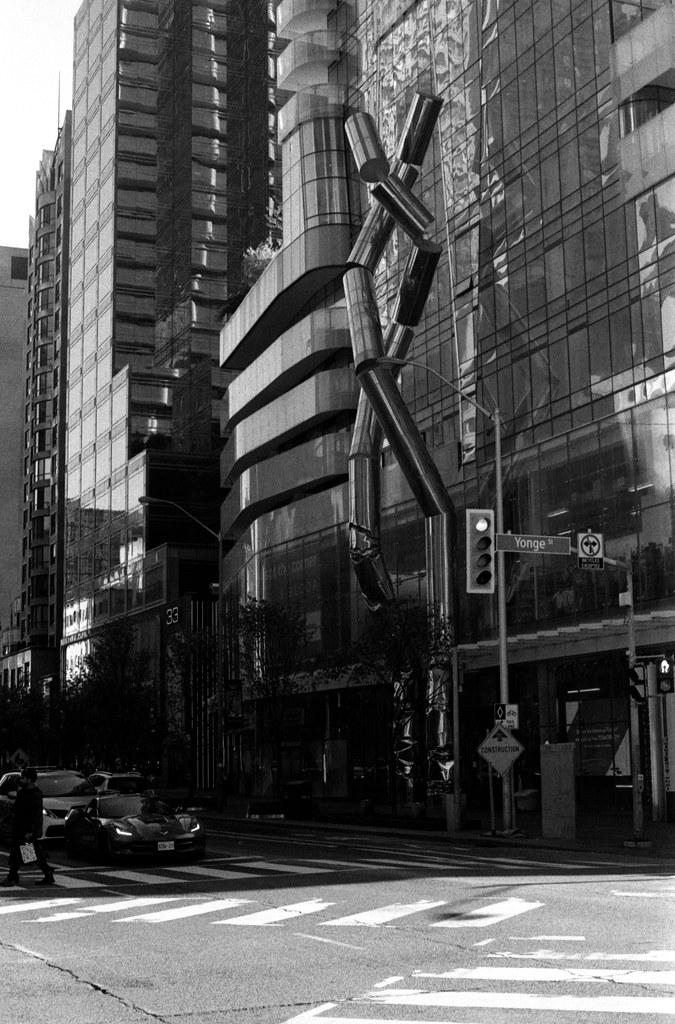 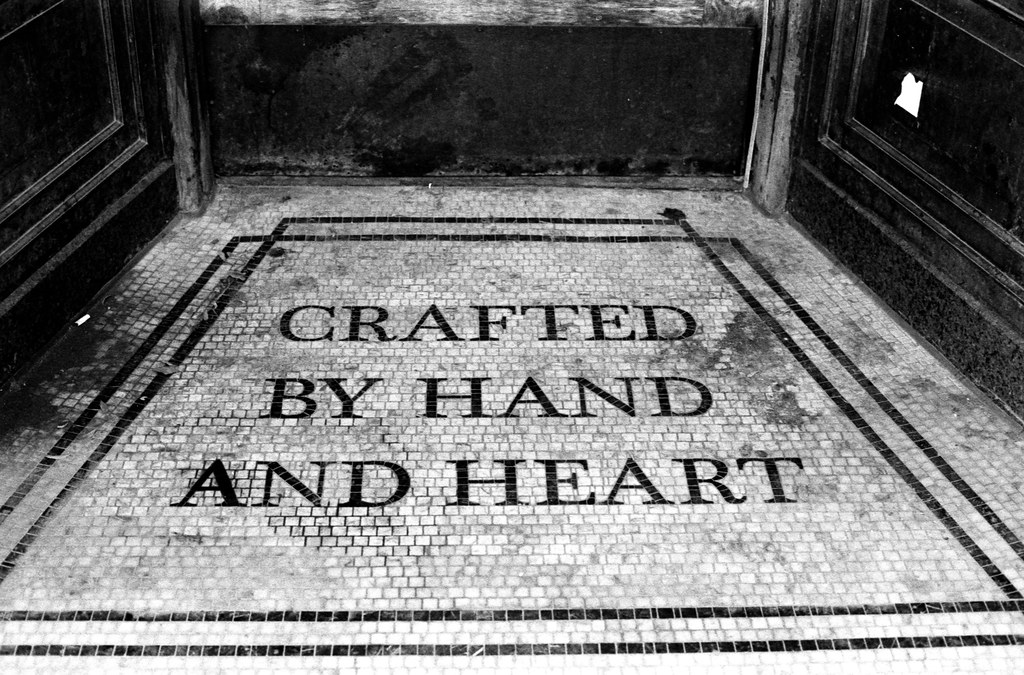 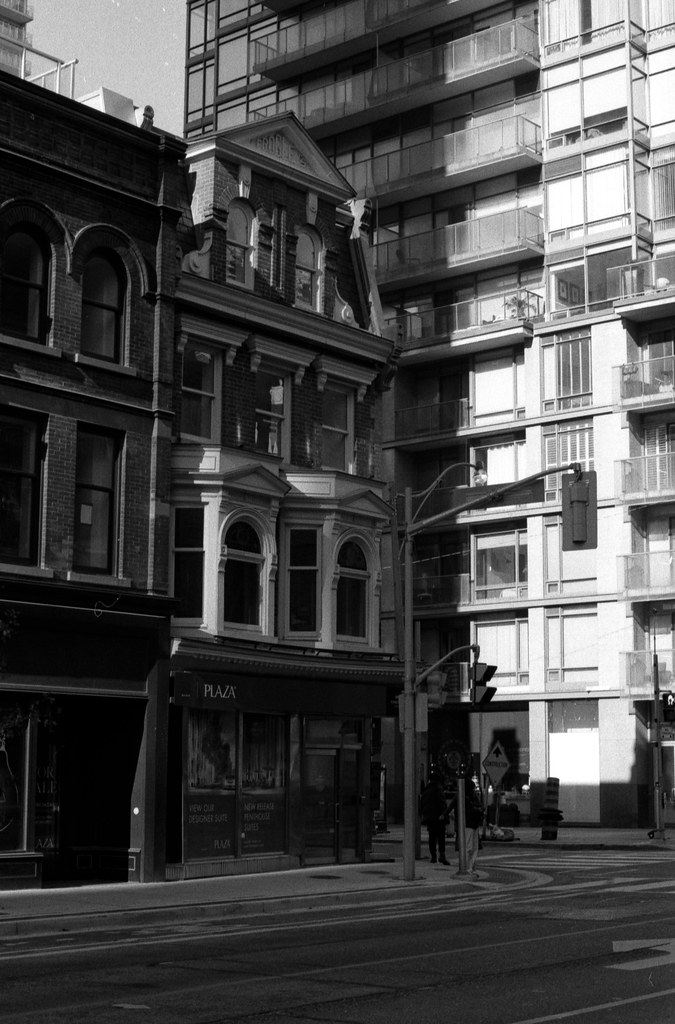 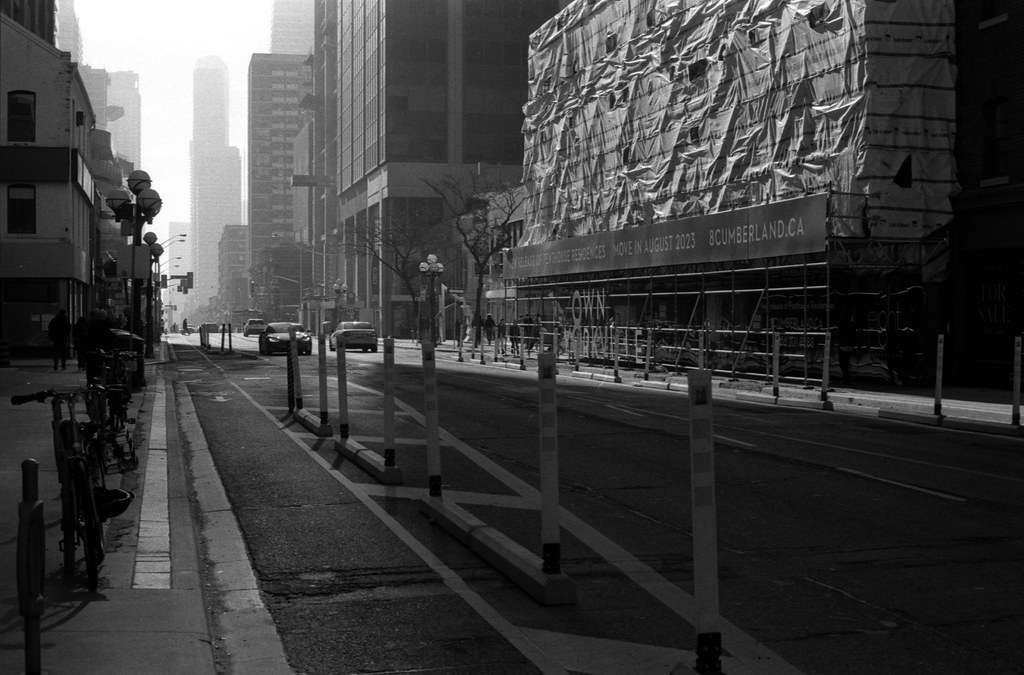 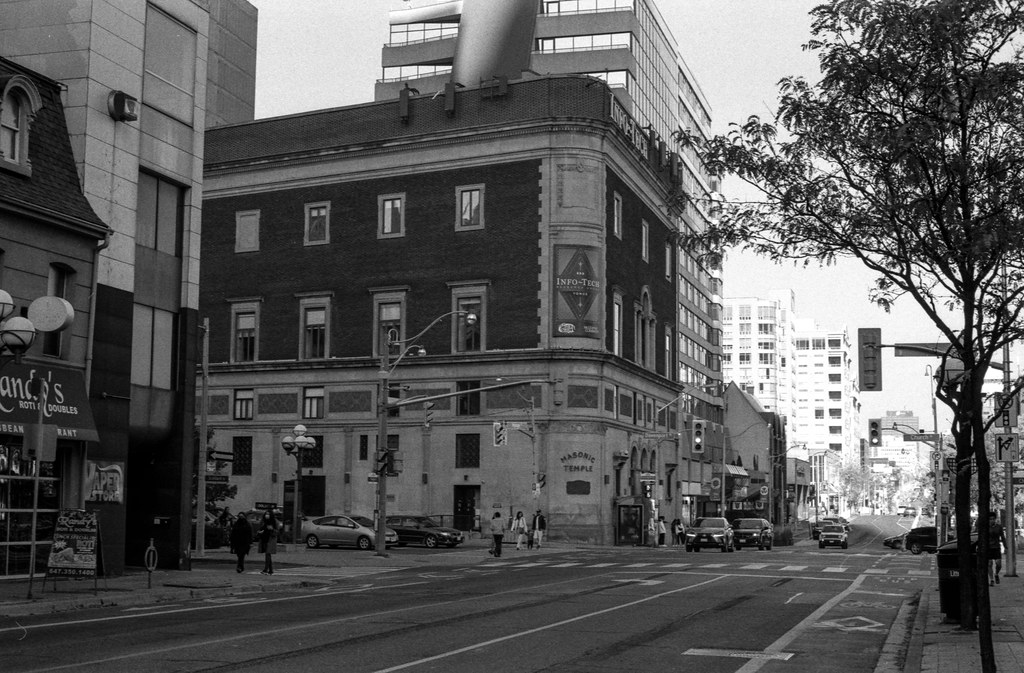 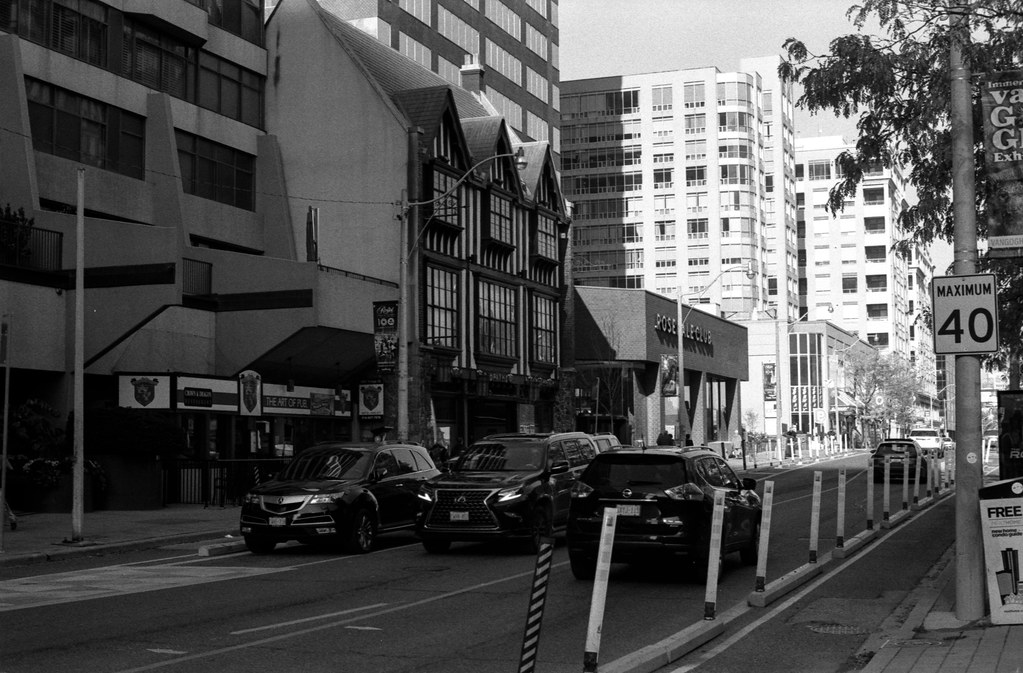 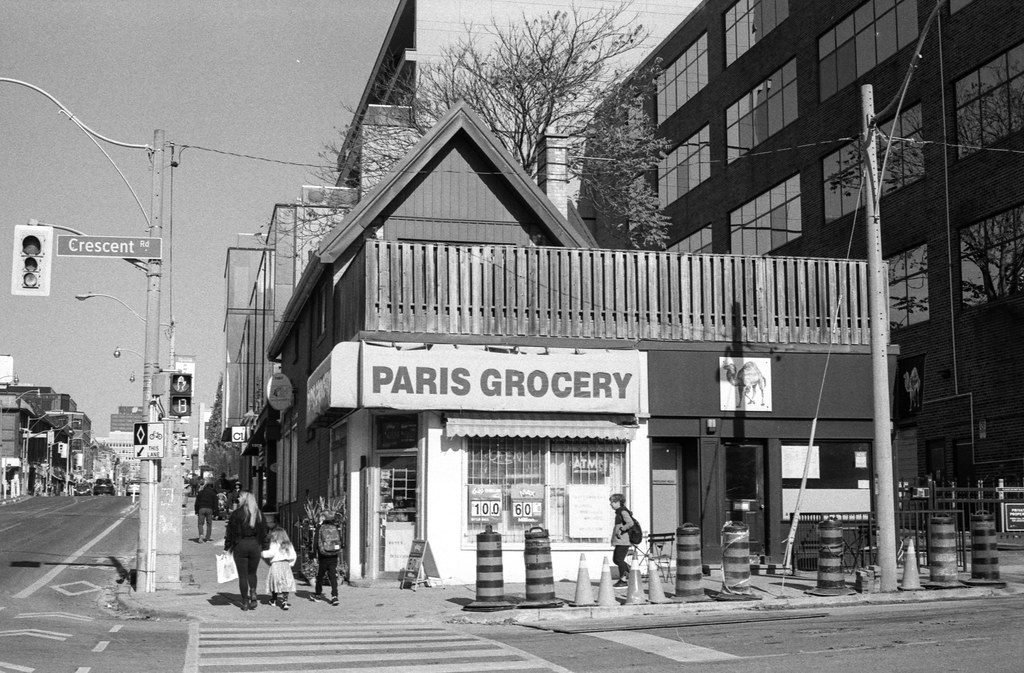 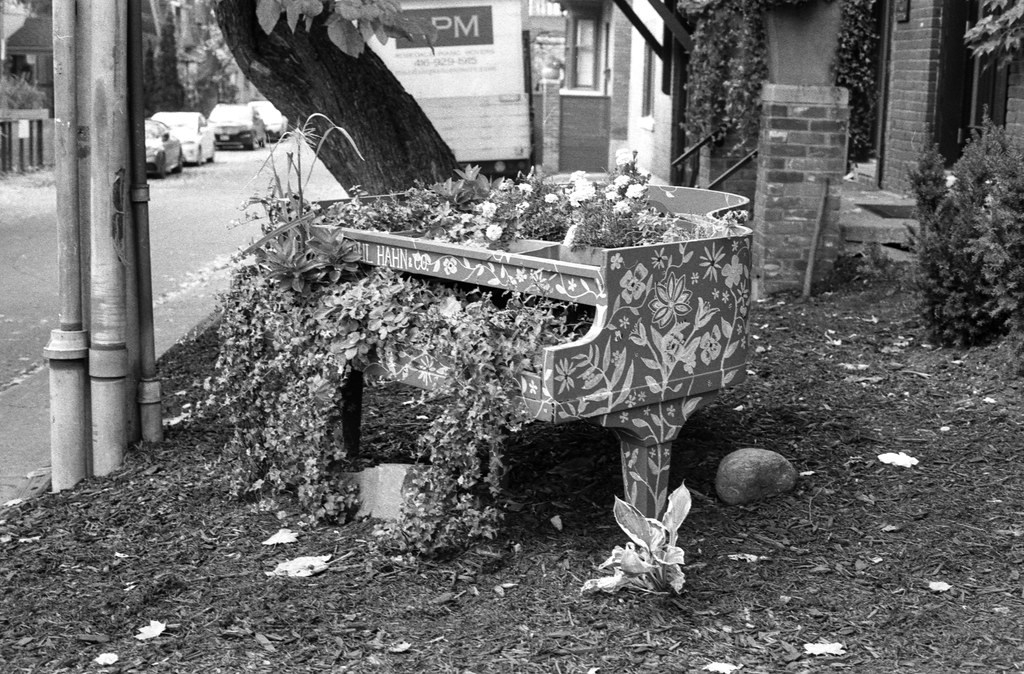 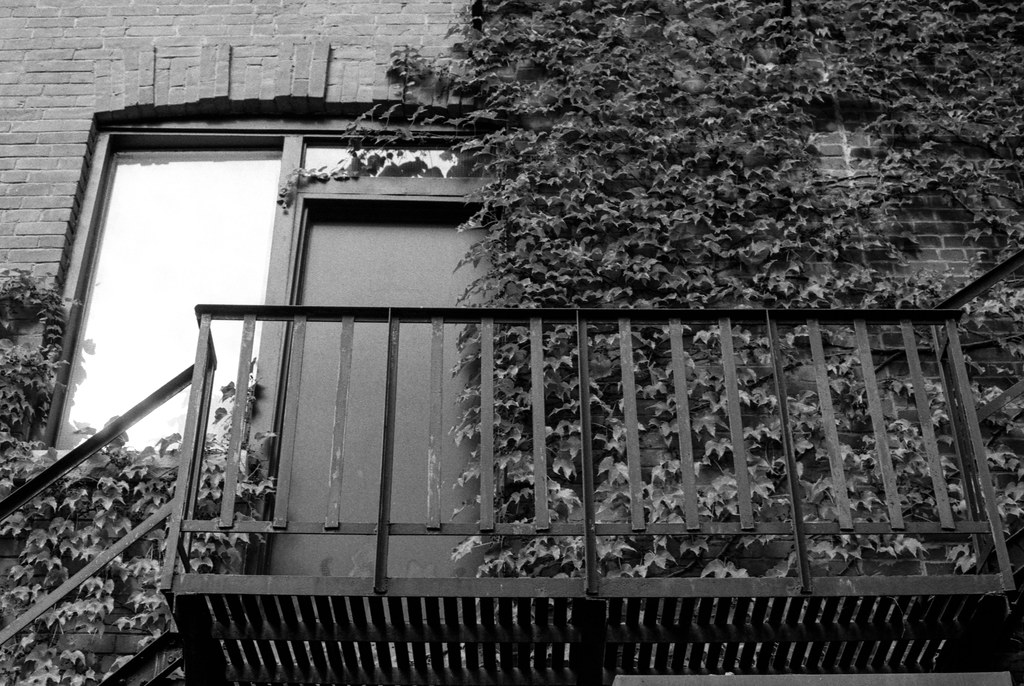 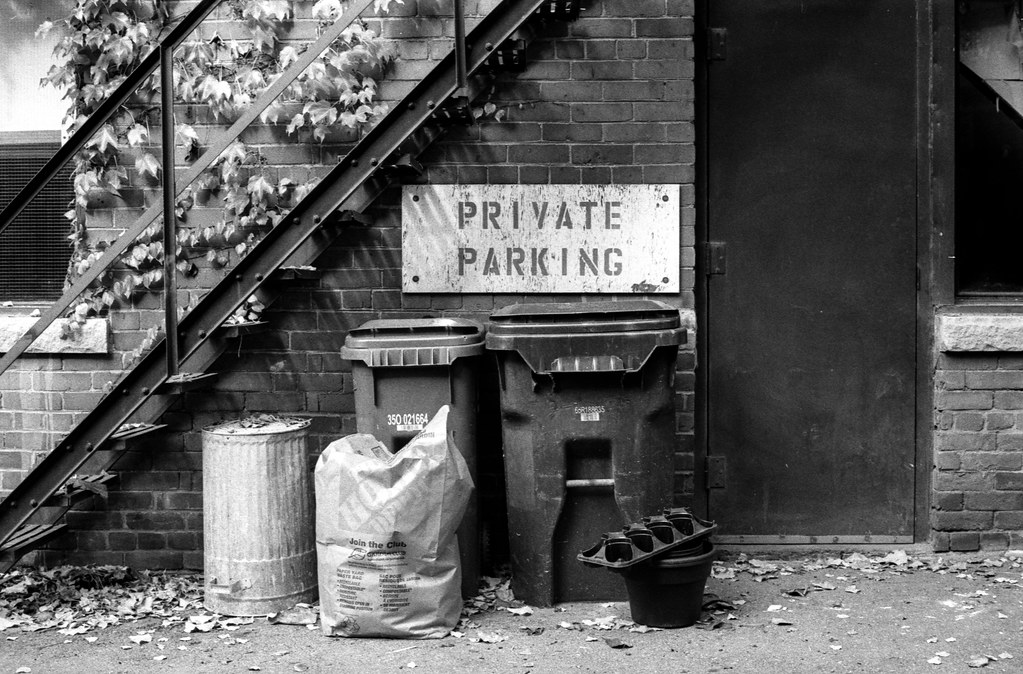 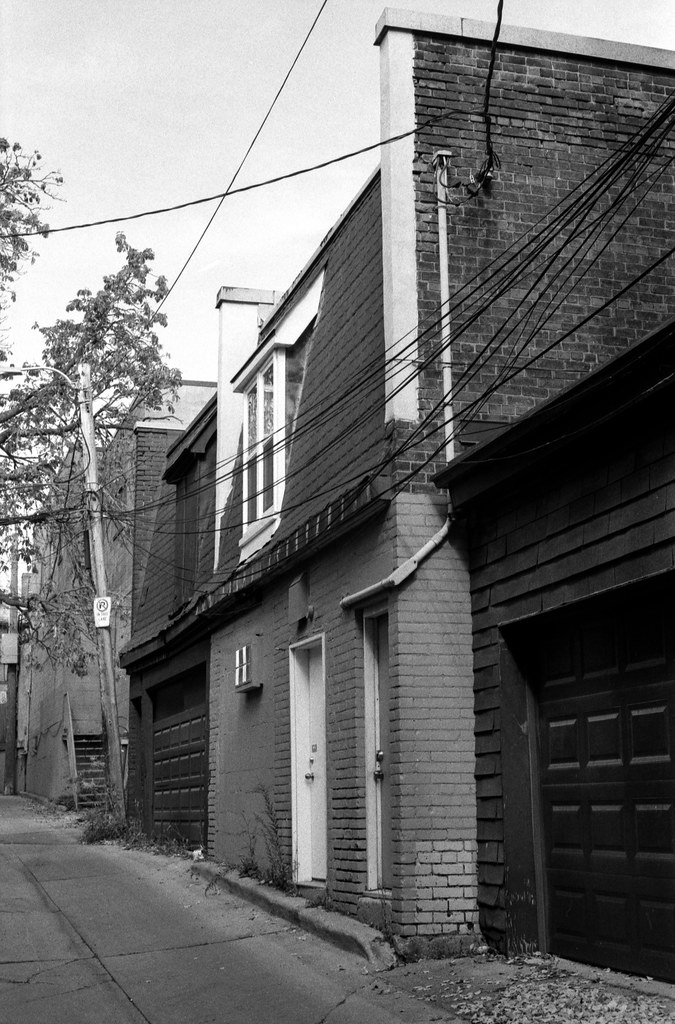 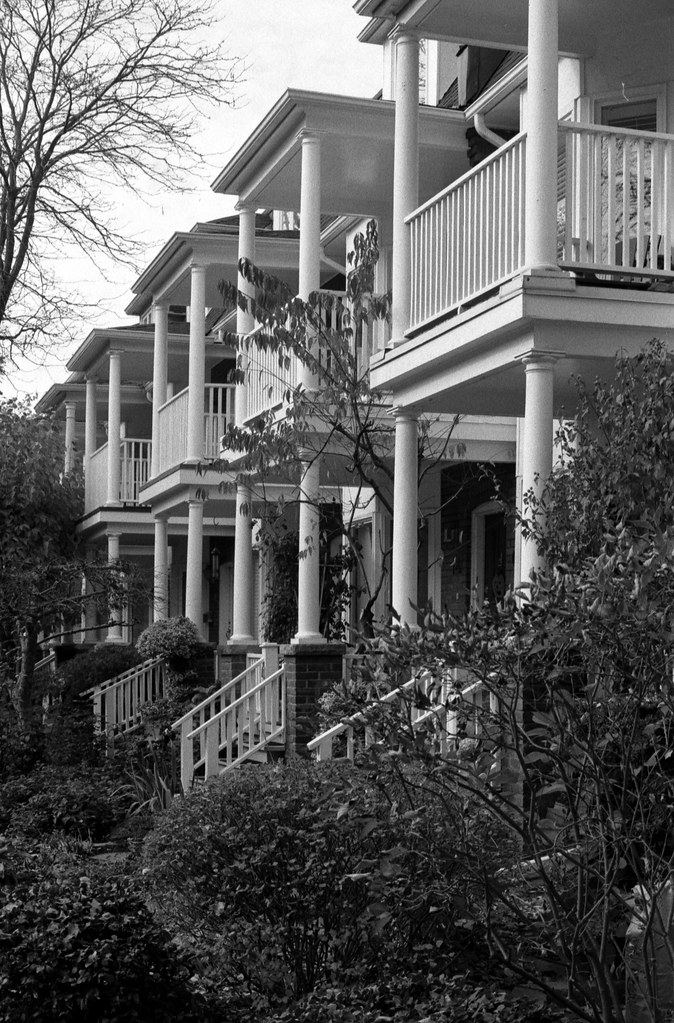 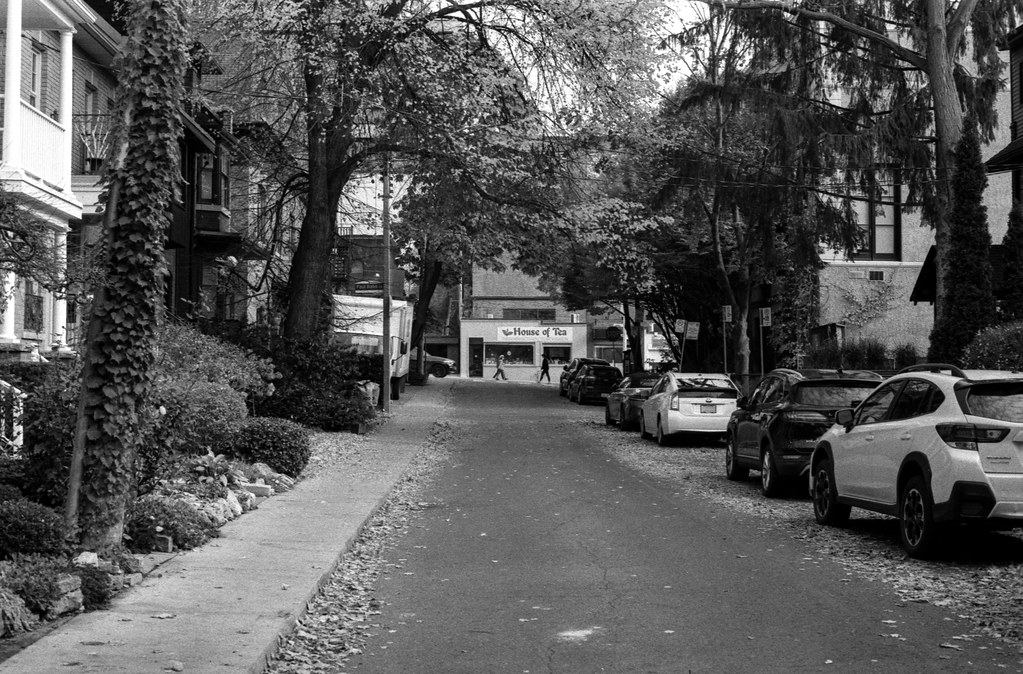 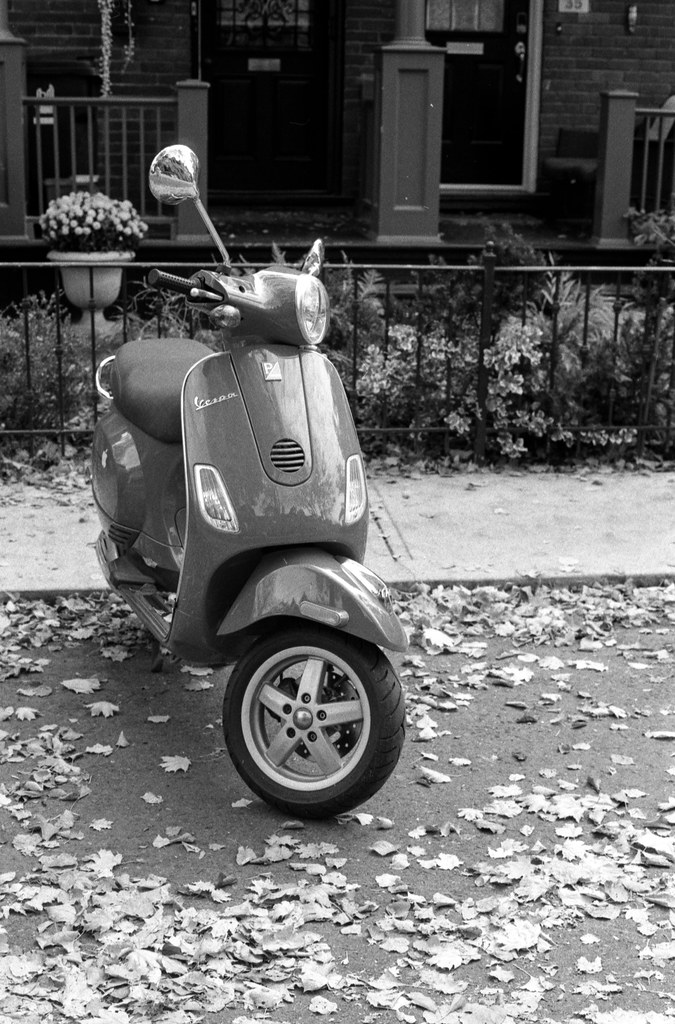 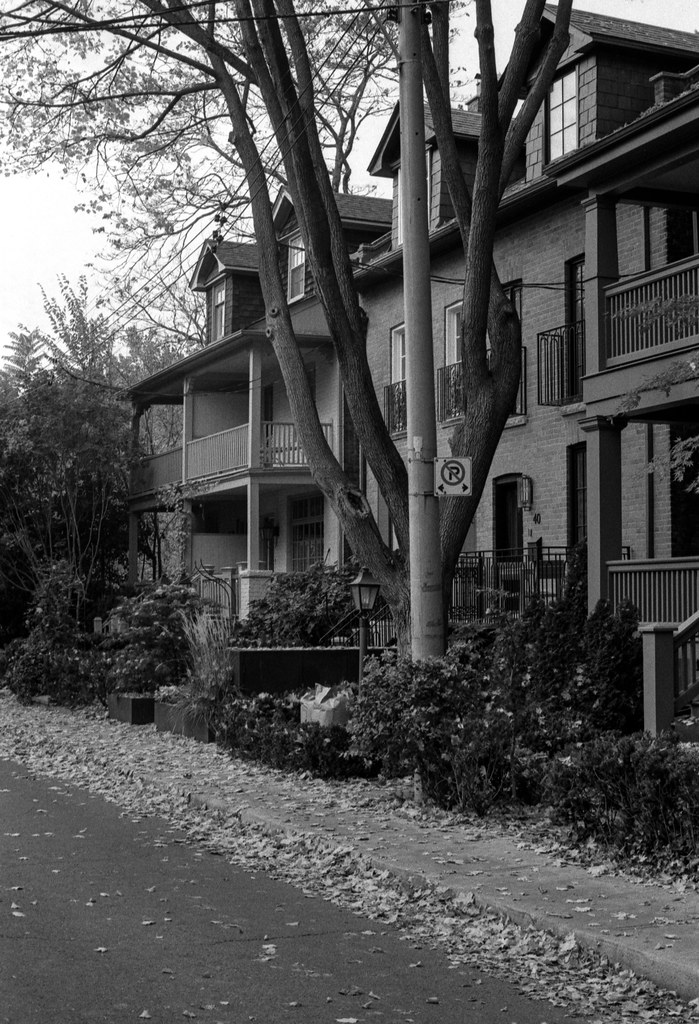 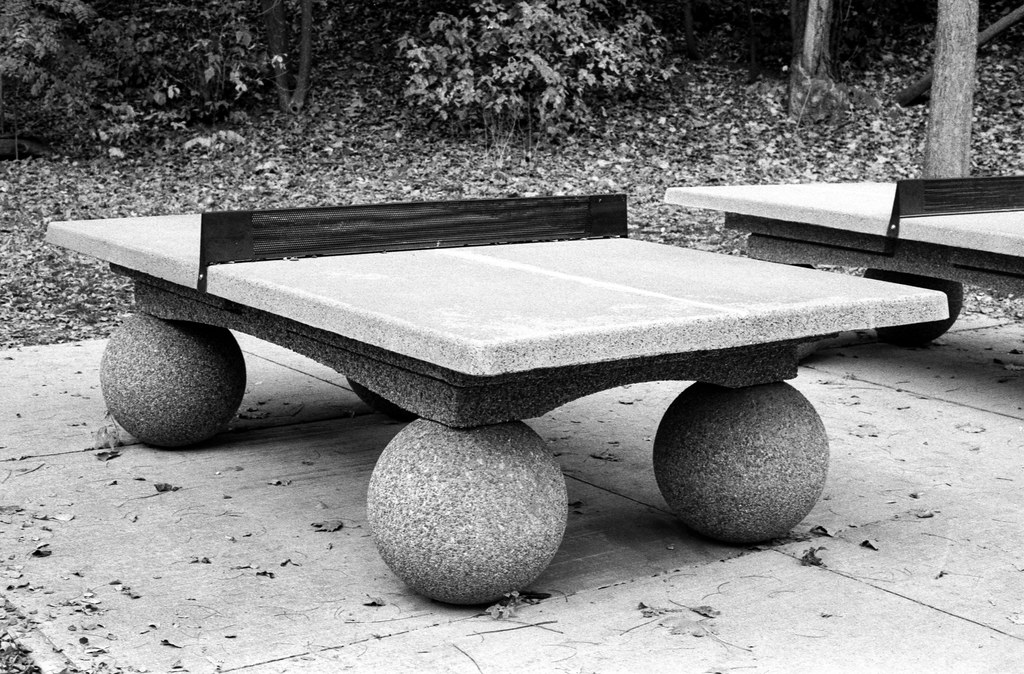 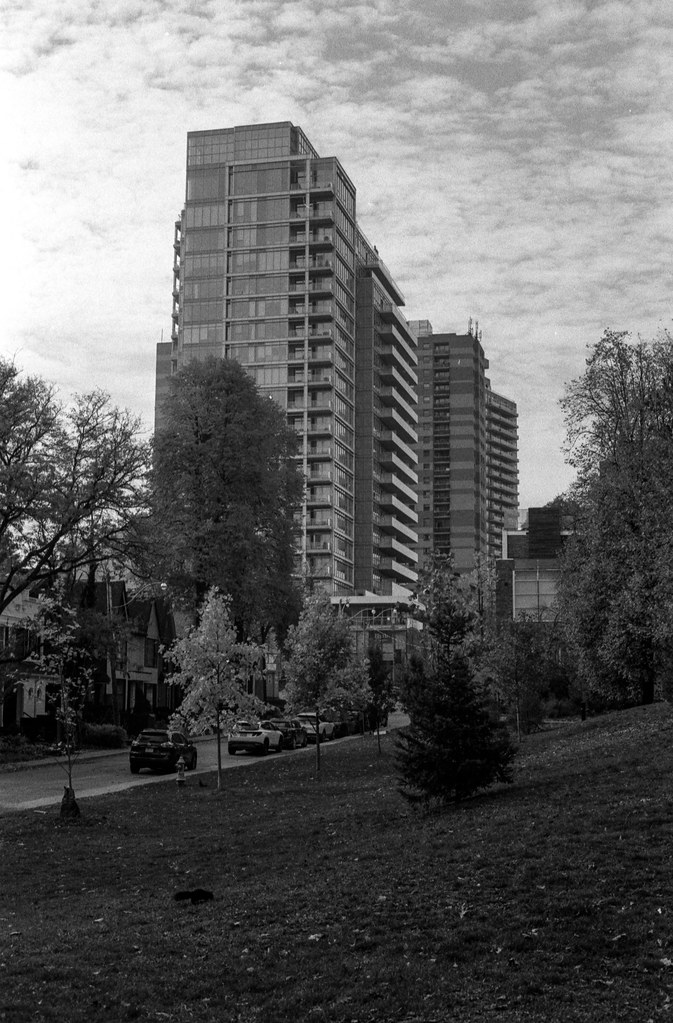 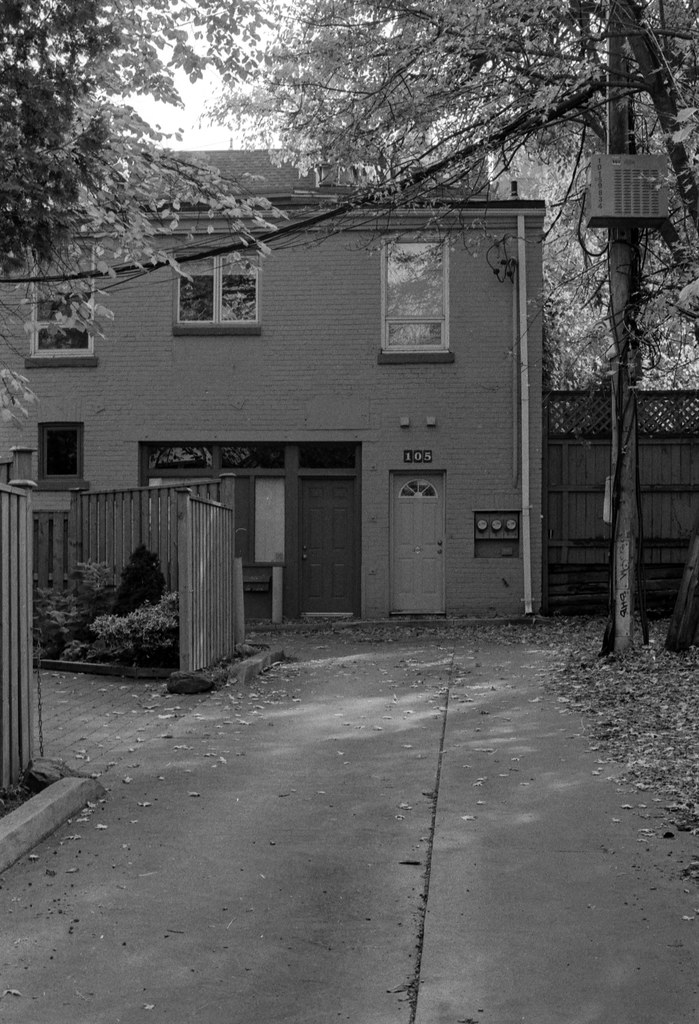 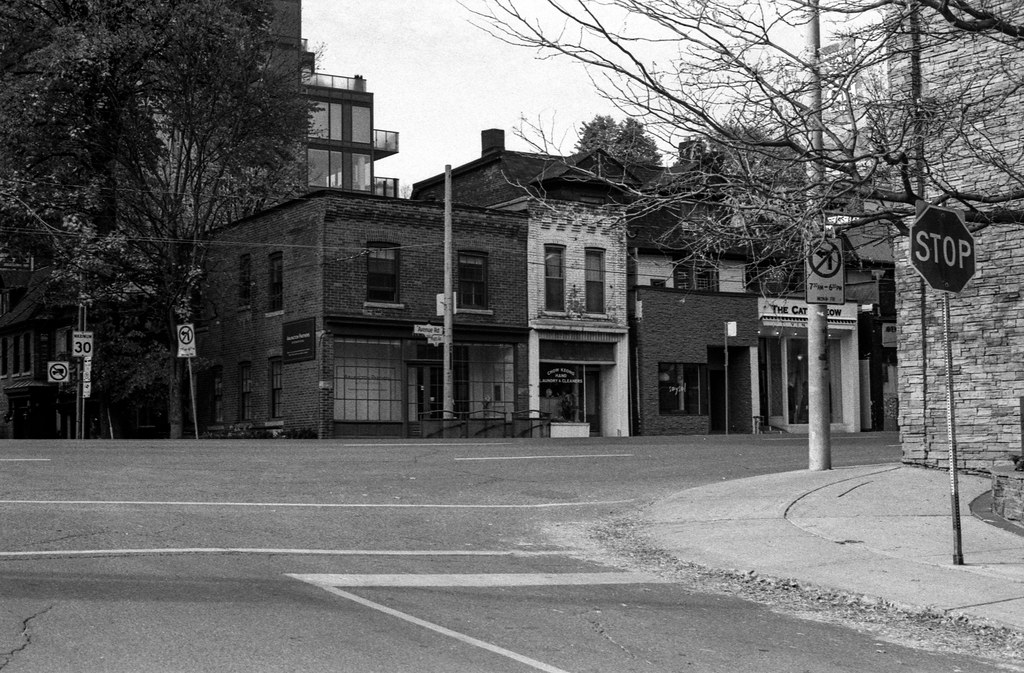 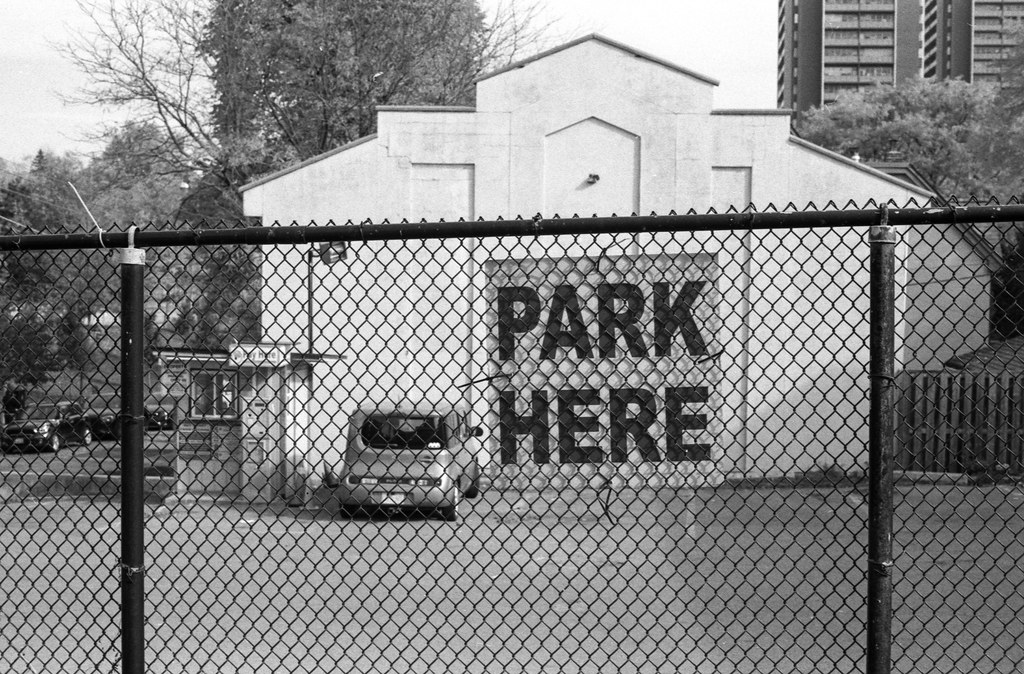 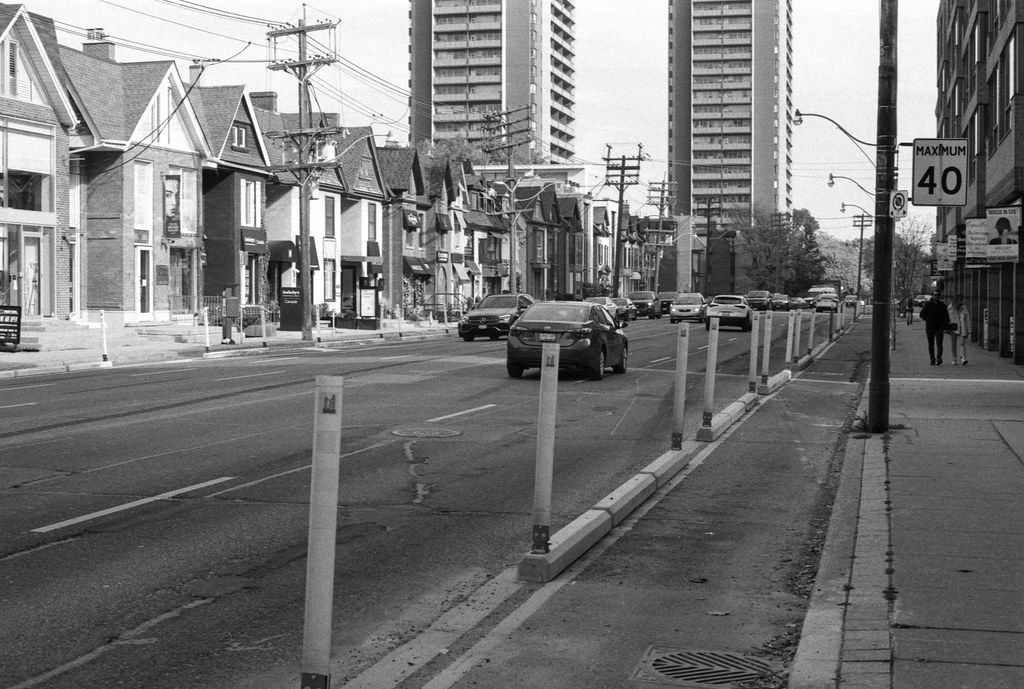 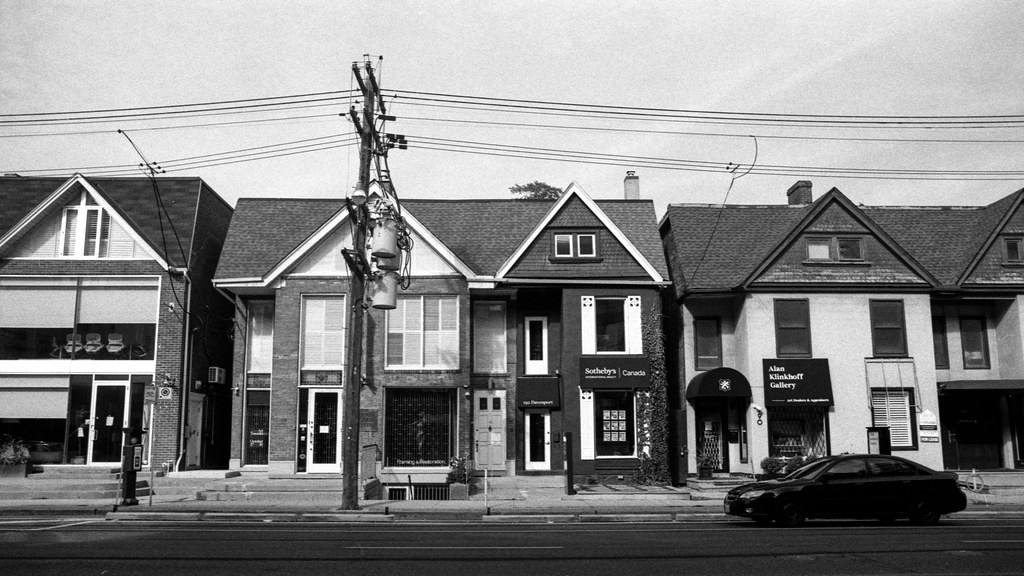