November 25, 2019
Ultrafine Extreme 400 has been getting a lot of street cred recently as the cheep and cheerful film that punches way, way, way above it's price point and plain delivers the goods. I've shot it at near box speed (320 ISO) over the Summer, that was great when you had a lot of light to work with. Toronto is now headed into grey sky season, which on this day is distressed pewter.

I loaded up some UFX 400 into my Nikon F2SB and took it in with me to the city to do some urbran photography and put the film through it's paces. Some exposures were really thin as in I didn't even bother to scan the frames. Don't know why that happened as other frames were just bang on in terms of exposure. Grain isn't too bad at 1600 and I processed in dilution B HC110, a developer every black and white photographer should be familiar with if they process at home. The frames that turned out great are keepsers. 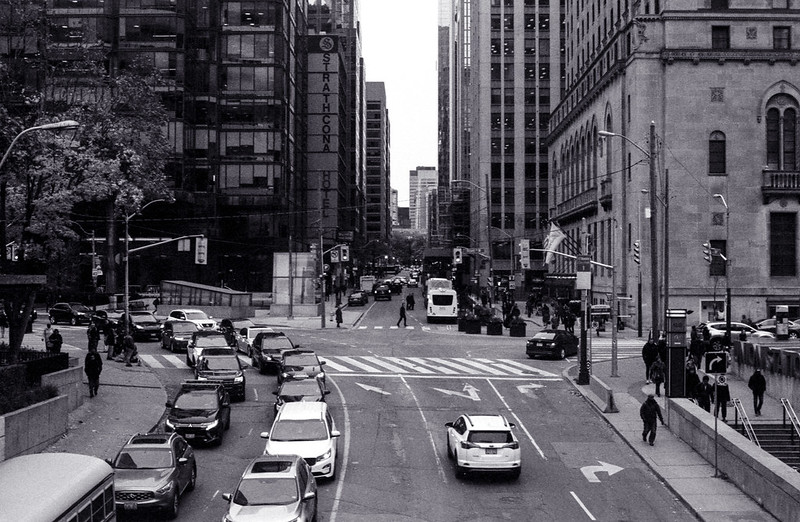 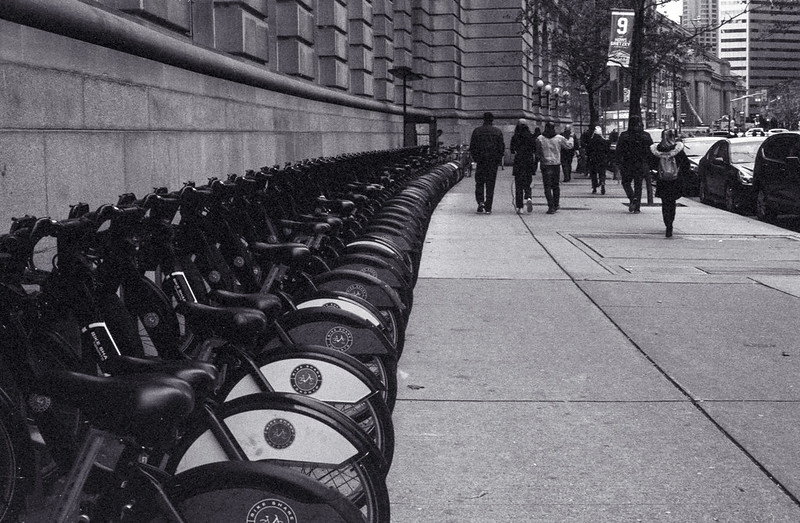 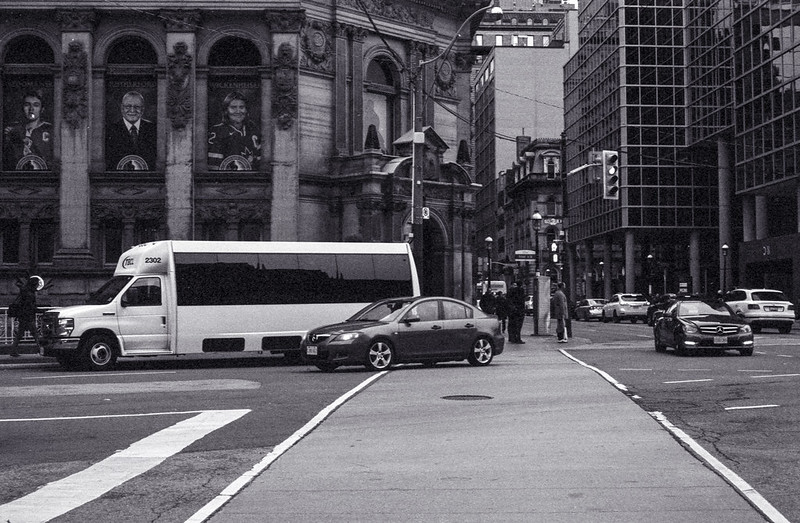 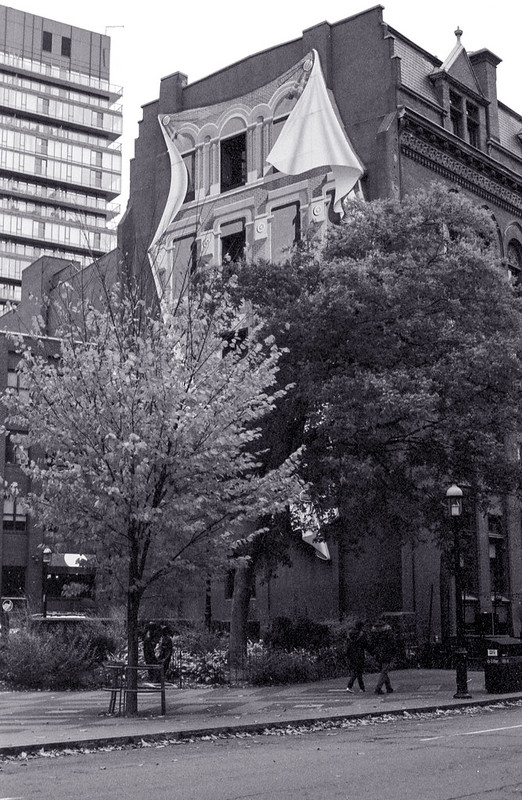 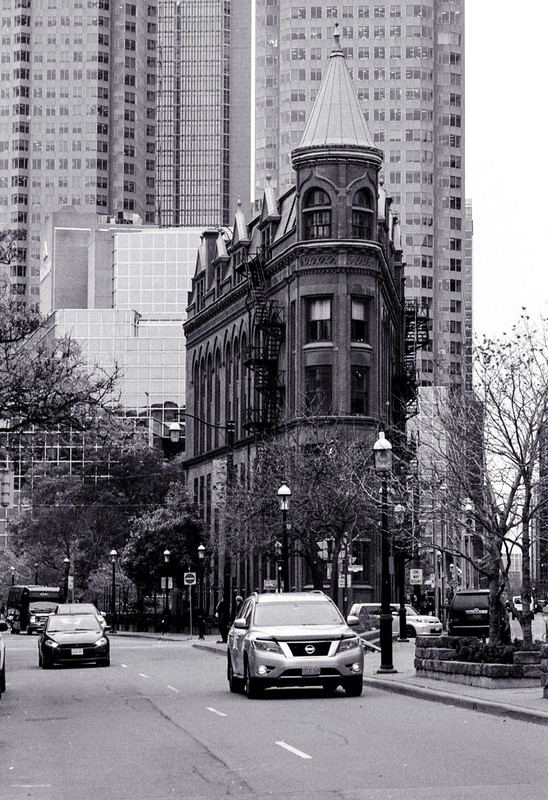 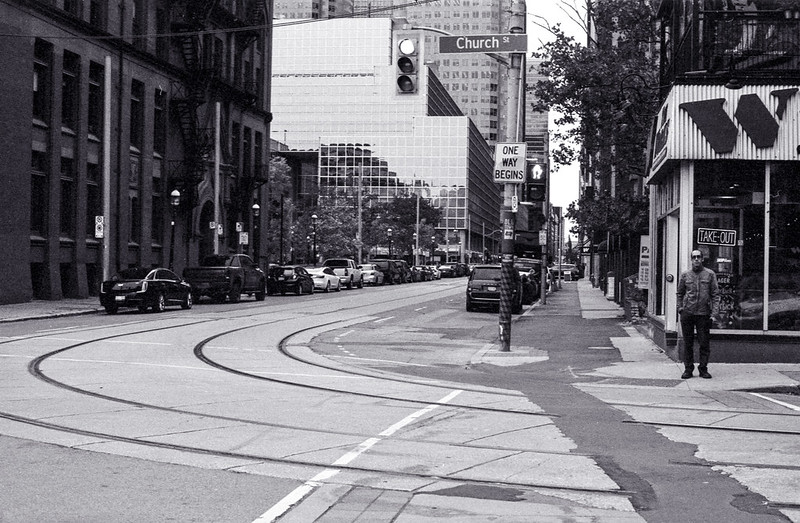 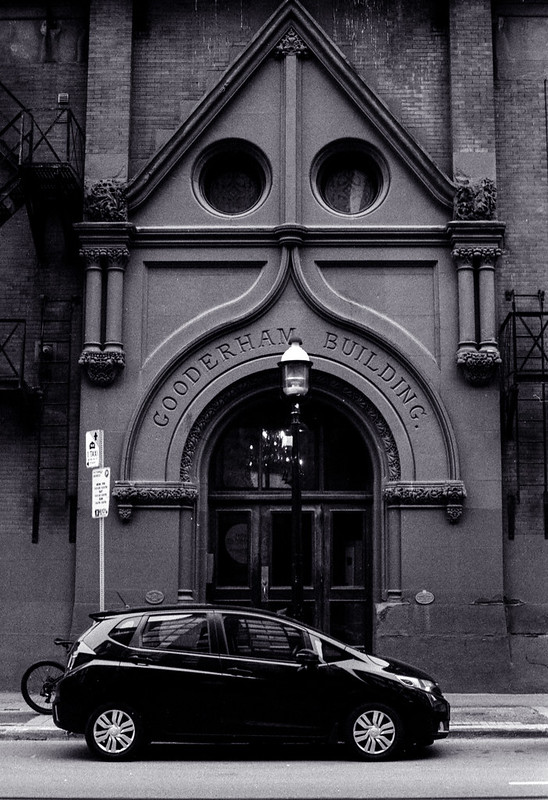 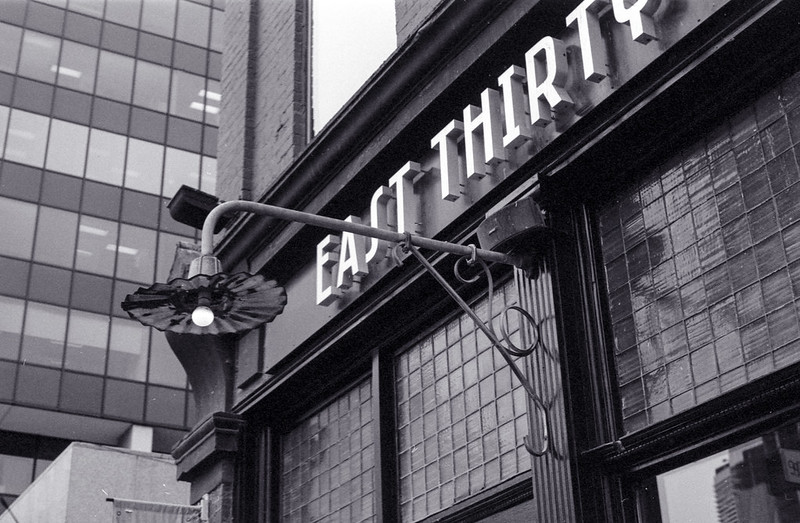