A Walk Down to Gairloch During a Heatwave

July 27, 2020
It's been a hot Summer and while I've been trying to go for regular walks, when it gets really hot, I just want to go down to the lake. A few weeks ago I took my Rolleiflex 3.5 F with me along with a Rolleinar II. a special close up lens attachment and I'm blown away with what I got out of the the last three frames below. More on that below.
I'm shooting all my Catlabs X Film 80 to make room for the upcoming Film Ferrania P30 in 120 release, It's not that I don't like Catlab's product but I want to support Ferrania in their relaunch efforts.
So, on the way down I see an early 1960s Lotus (Ford) Cortina on a side street and of course I have to shoot that, and then as I get to Gairloch Gardens shoot the arch I photographed months ago prior to the leaves coming out. Honestly I prefer my photo sans leaves, that became a print. Gairloch during the week is pretty quiet compared to weekends, we'll see if that stays as the Summer goes on.
Rolleinars, I have the I and II in bay II for my 3.5 C and F and a I in Bay I for my Rolleicords, they take some getting used to. I think I figured out the II with the flower photos at the bottom, I will have to shoot with some Ektar 100 or my from my expired Agfa stash, in the mean time you will have to live with the black and white photos.
Camera: Rolleiflex 3.5 F Planar TLR K4F.
Film: Catlabs X Film 80, HC110 B. 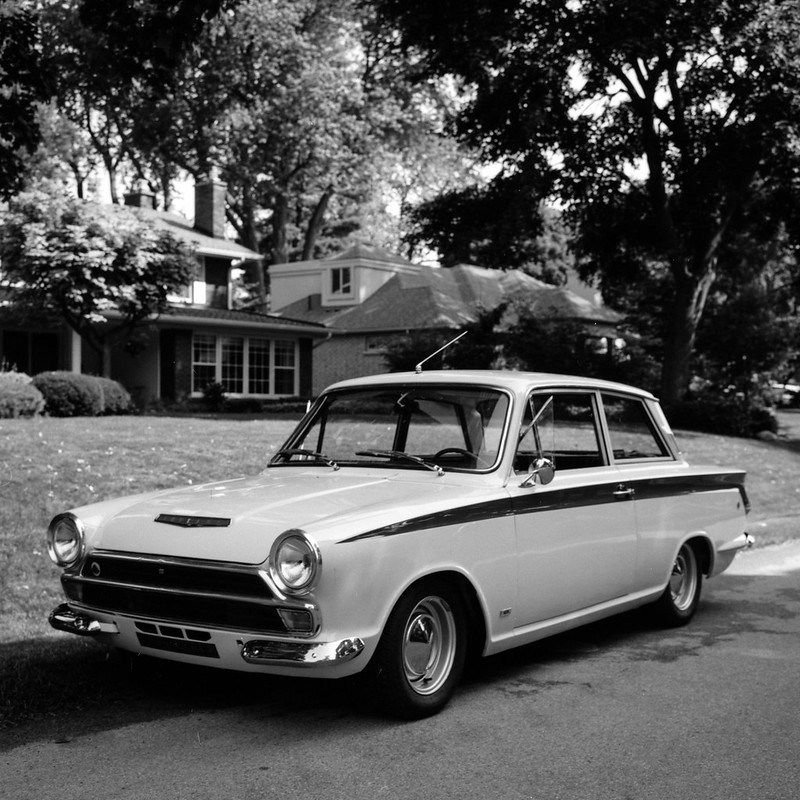 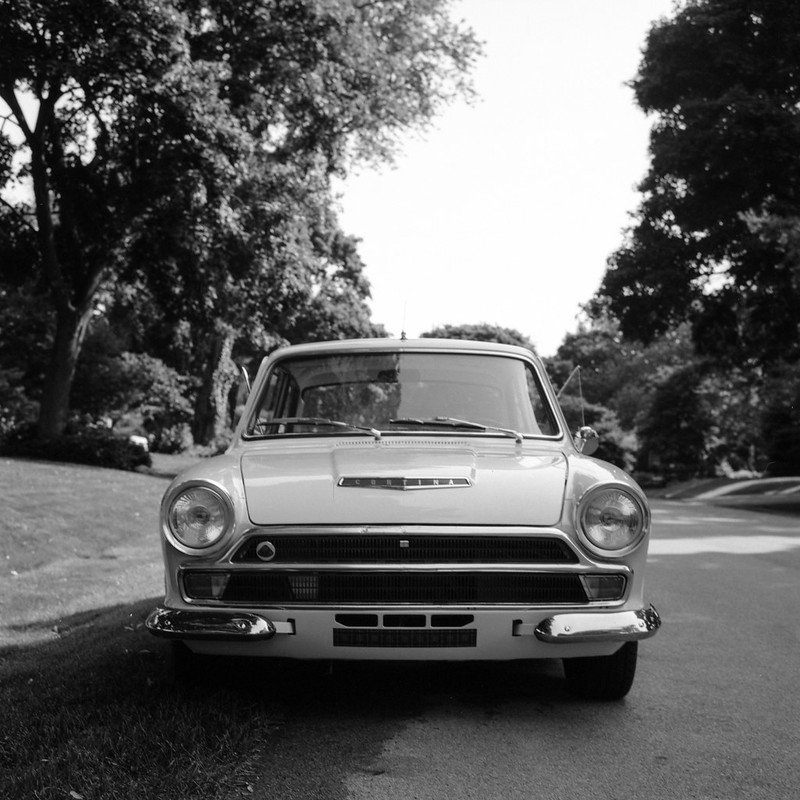 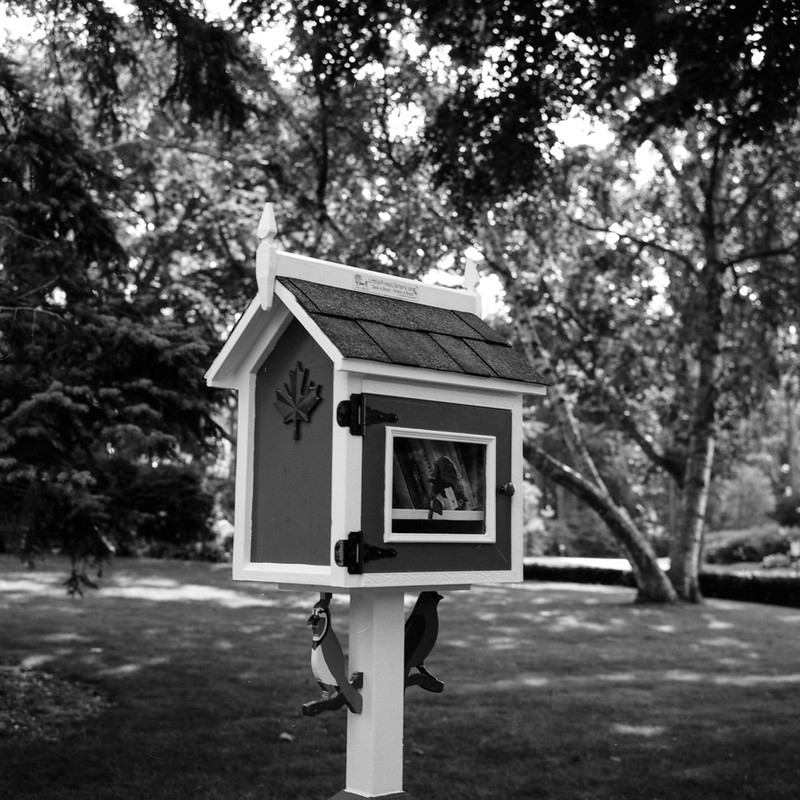 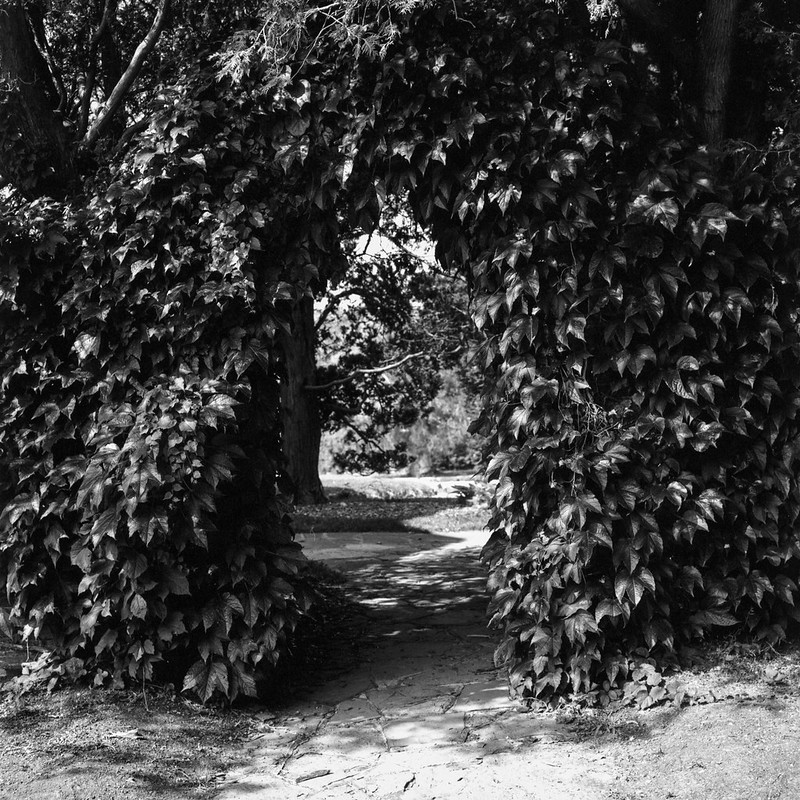 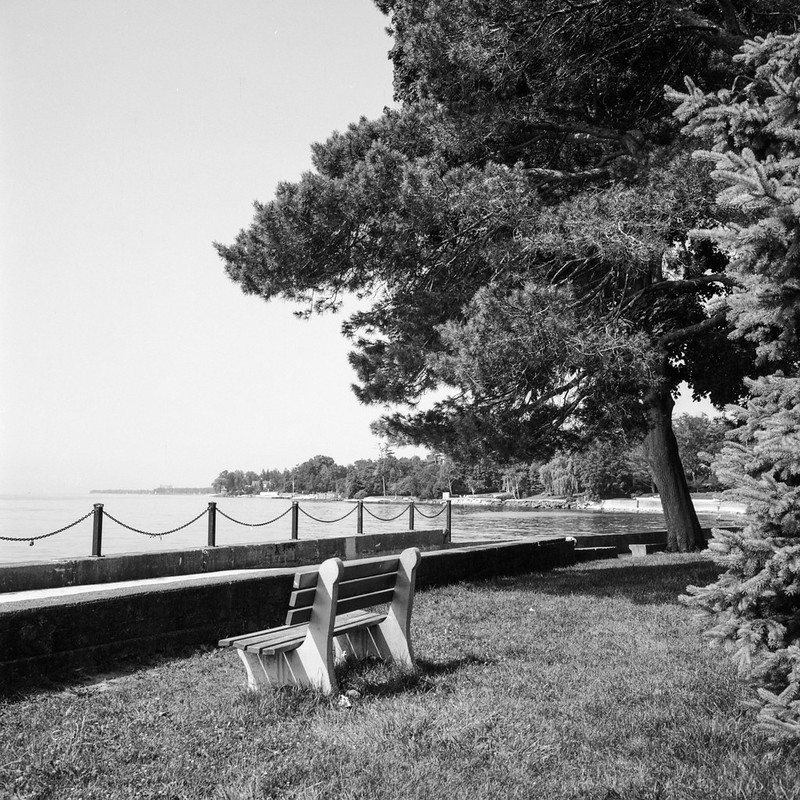 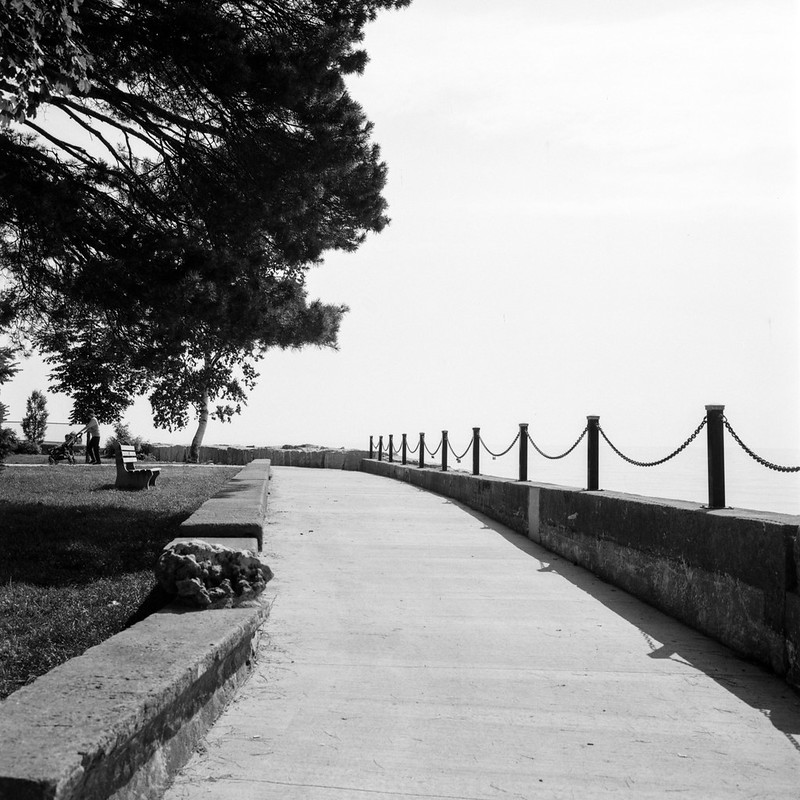 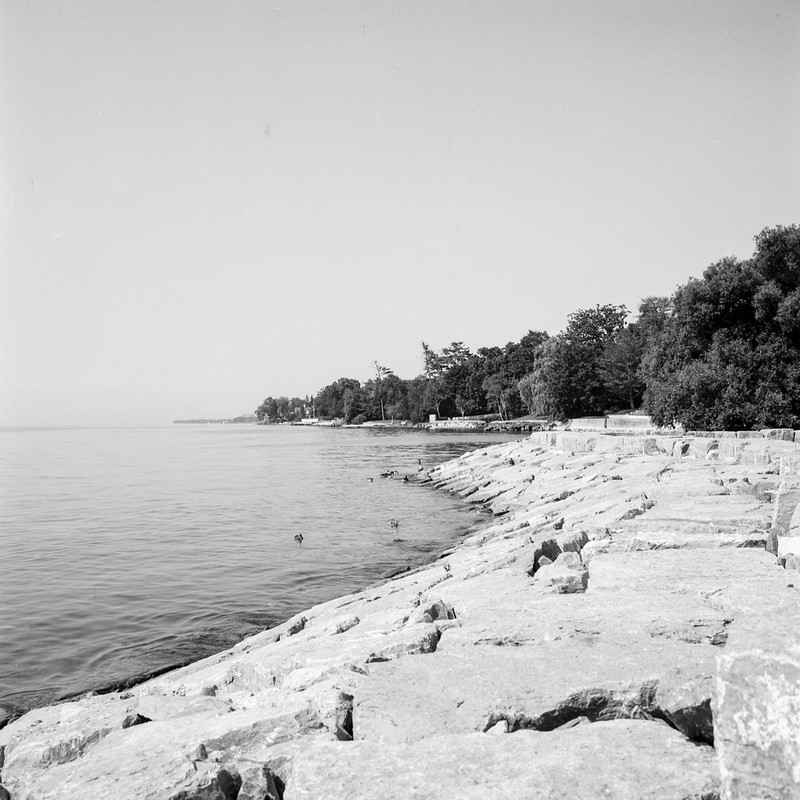 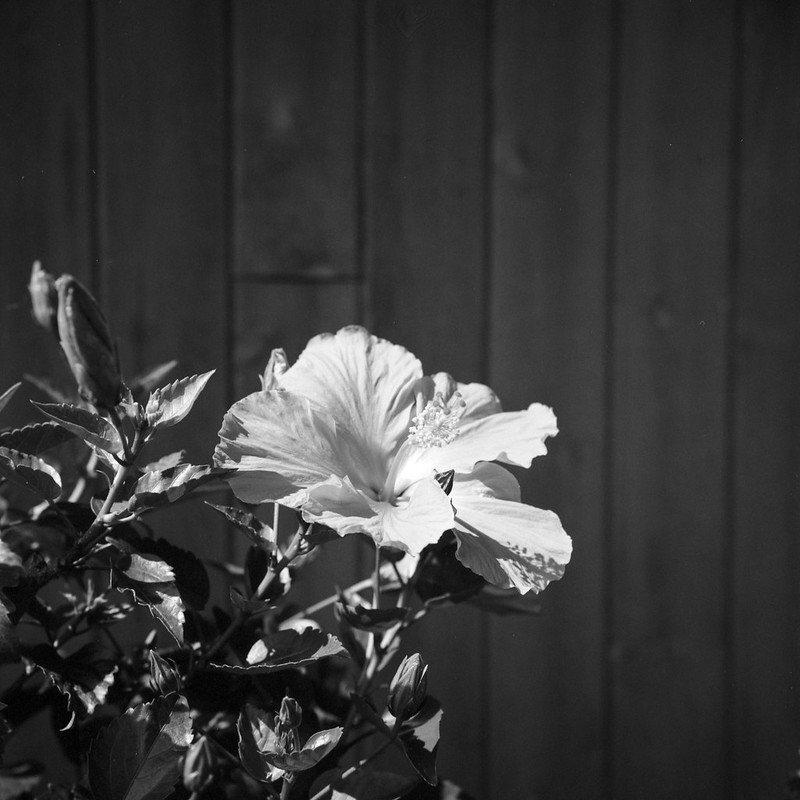 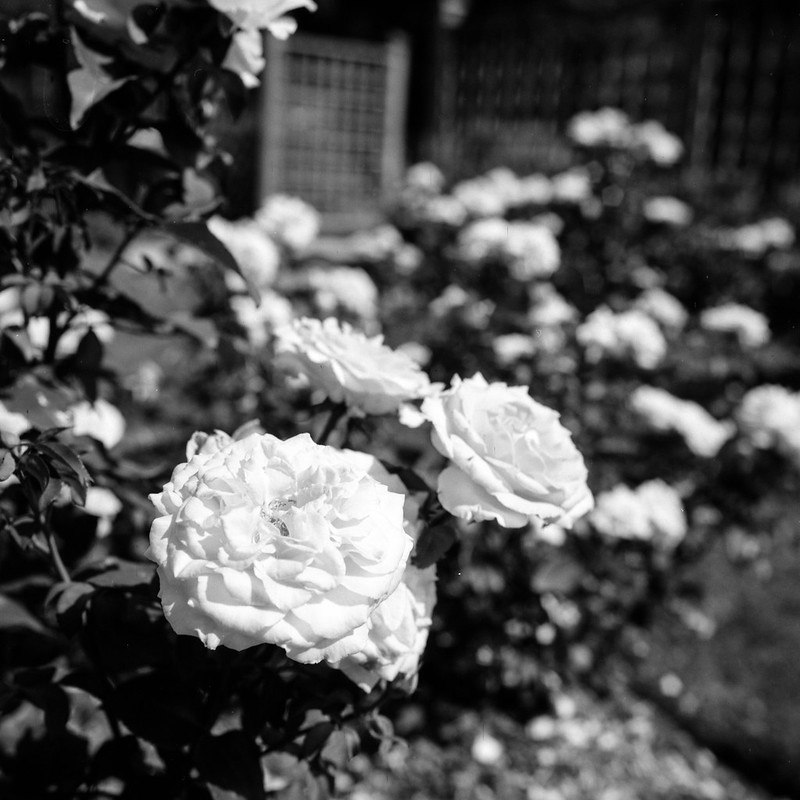 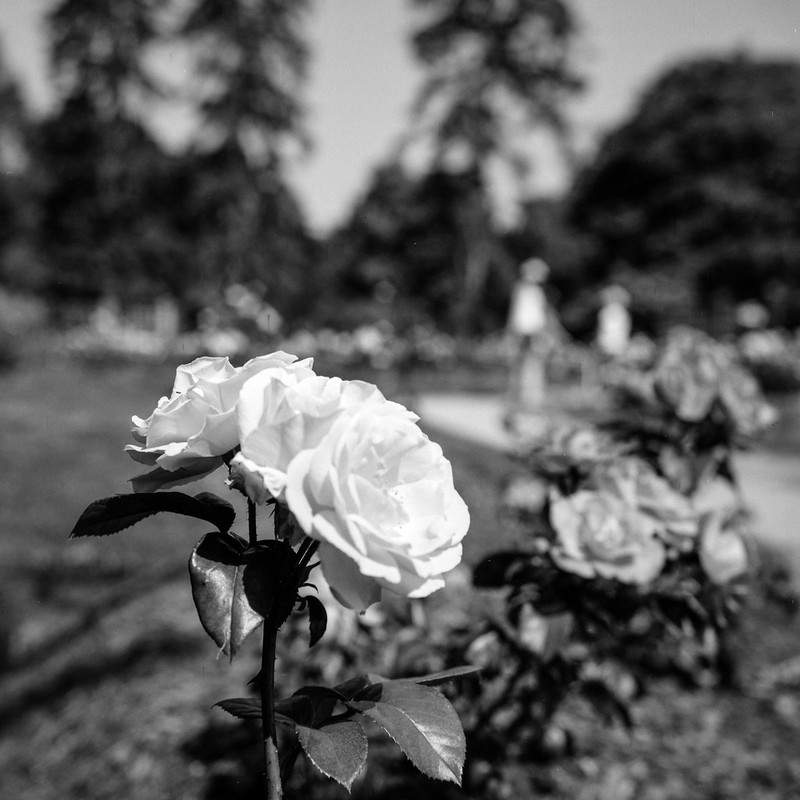