June 26, 2020
I haven't wandered around downtown Burlington since last year. My favourite camera store Burlington Camera reopened and after picking up some colour negatives that were processed I went for a little photo walk and Americano at Tamp Coffee on Brant St. Conpared to my stomping grounds of Southeast and Downtown Oakville, Burlington's downtown has a totally different vibe, and taking a good long look at this town it has a couple of decent pizza joints, two independent book stores (one new, another used),  Burlington Camera (no brainer) and a good craft brewery with two others not that far away in Hamilton next door. What's not to like?
I was shooting with one of my Canon New F-1's and Lomography Kino Berlin 400, the new formulation, which for those in the know is respooled ORWO N74 400 motion picture stock. I like this film better in 35mm than in 120 format, sounds heretical but I was fighting newton rings when scanning my results from the Texas Leica over March Break. Berlin 400 develops best in HC110 B at 7 min flat at 20c, why mess with a good thing? I'm not. I have three more rolls of this, and I might score two bulk rolls of N74 later this year for future use.
The game plan is to shoot bit more outside Oakville but not too far away over the couse of the Summer. I have another roll I shot in Burlington but you will just have to wait for that one....
Camera: Canon New F-1, FD SSC 50 f1.4 and SSC 28 f2.8 lenses.
Film: Lomography Kino Berlin 400, HC110 B. 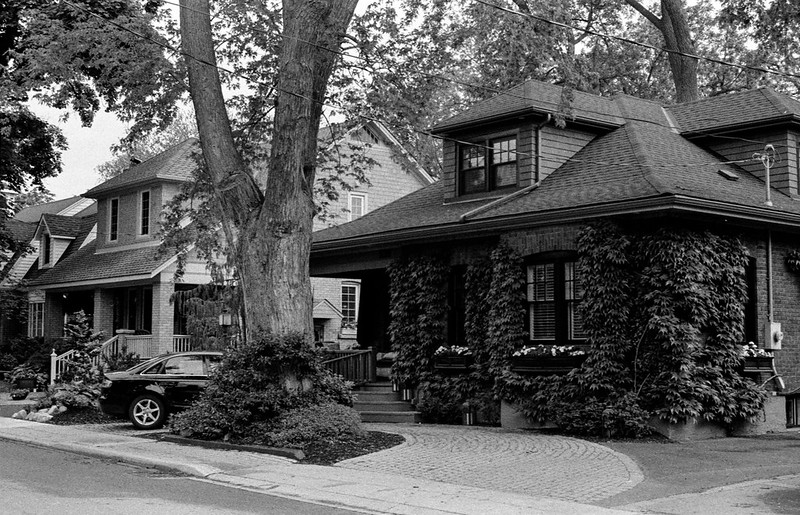 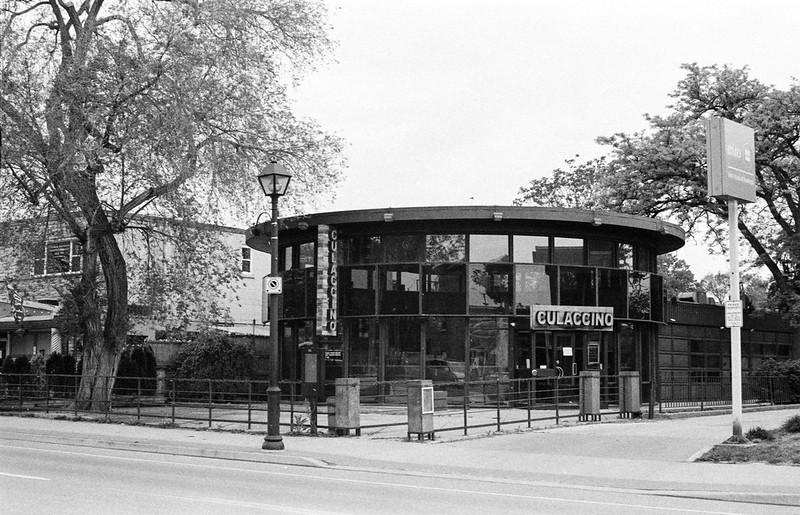 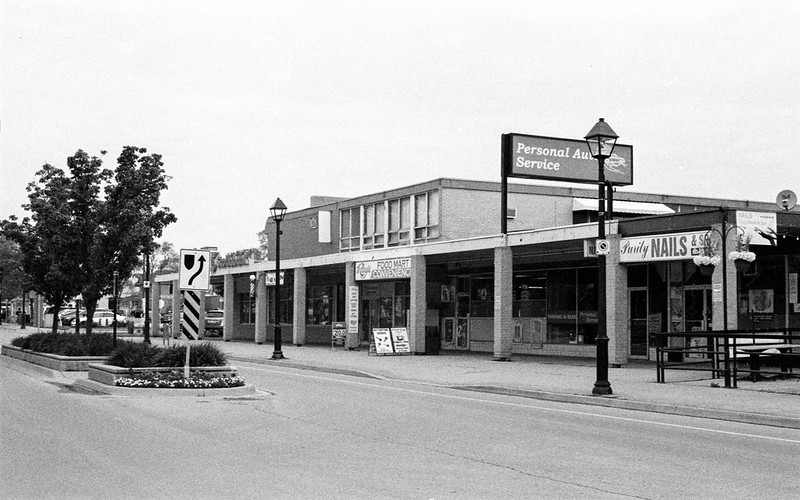 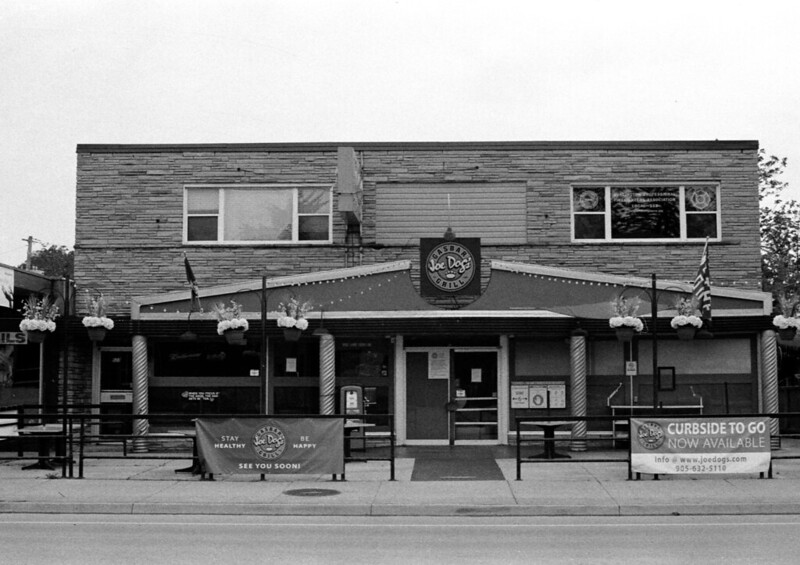 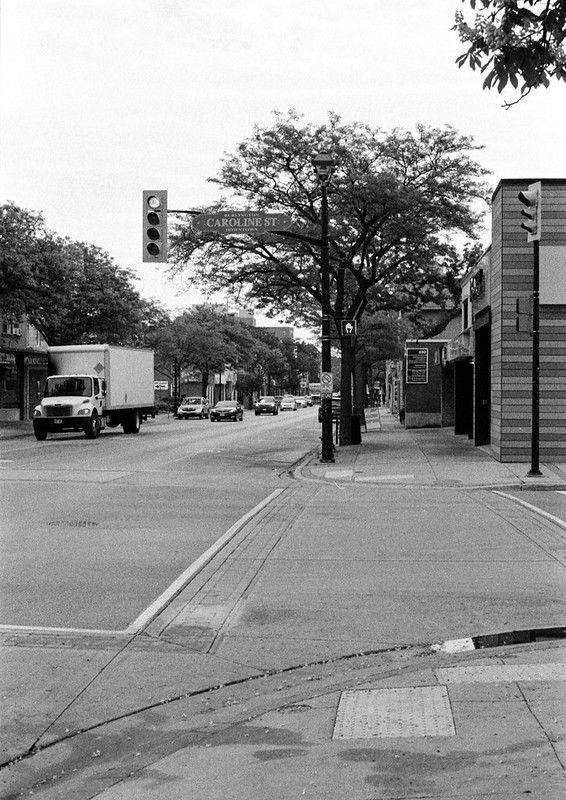 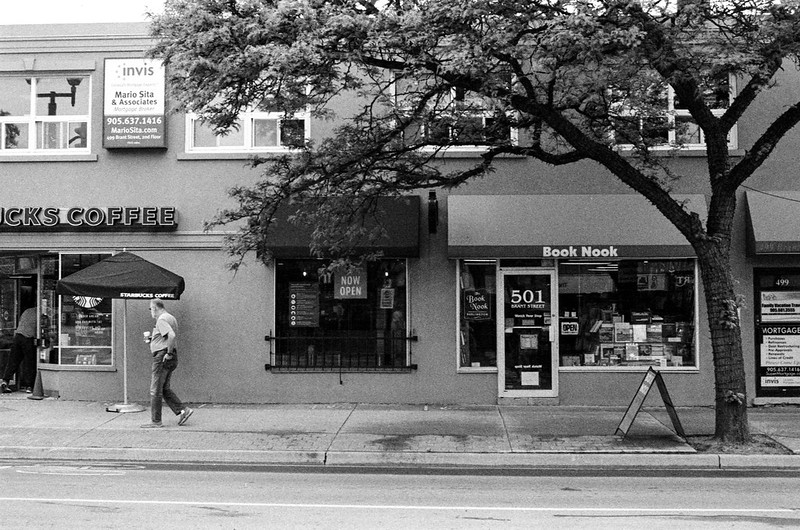 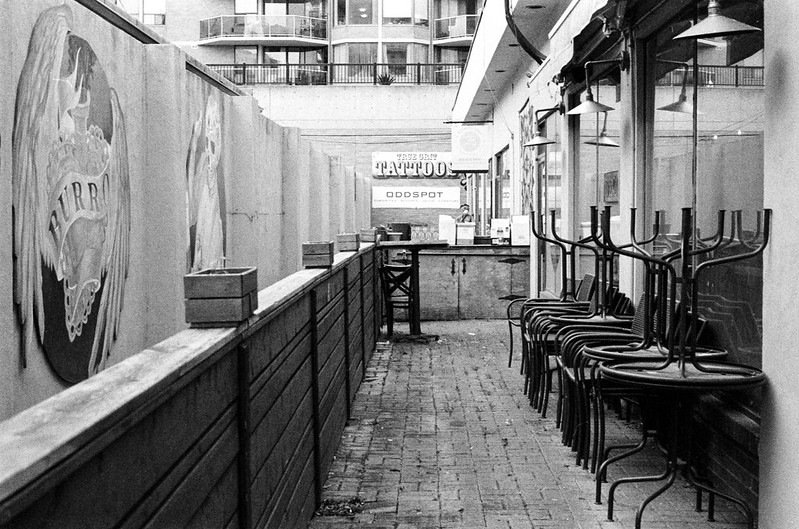 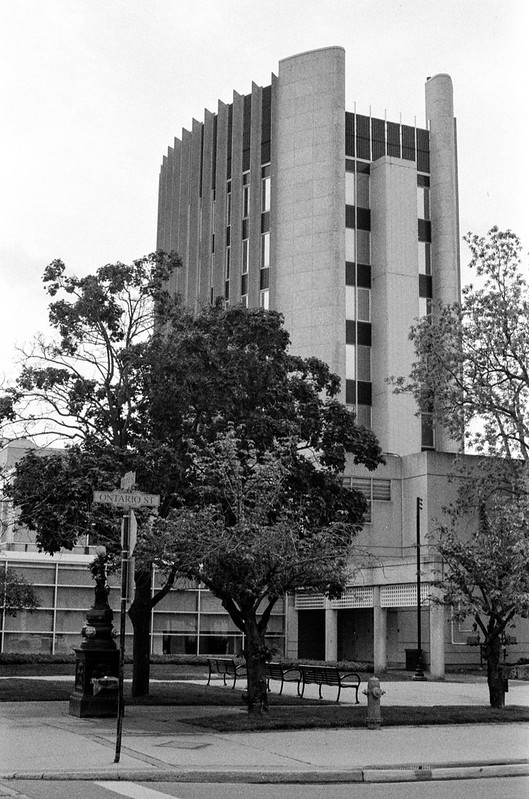 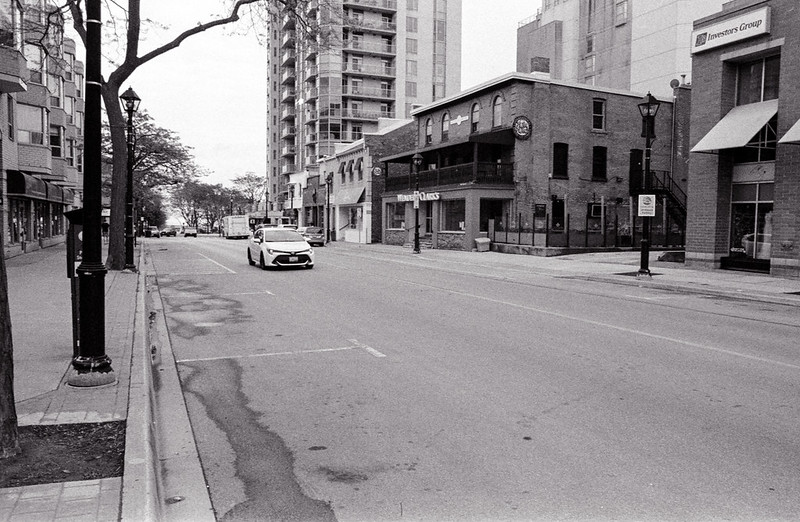 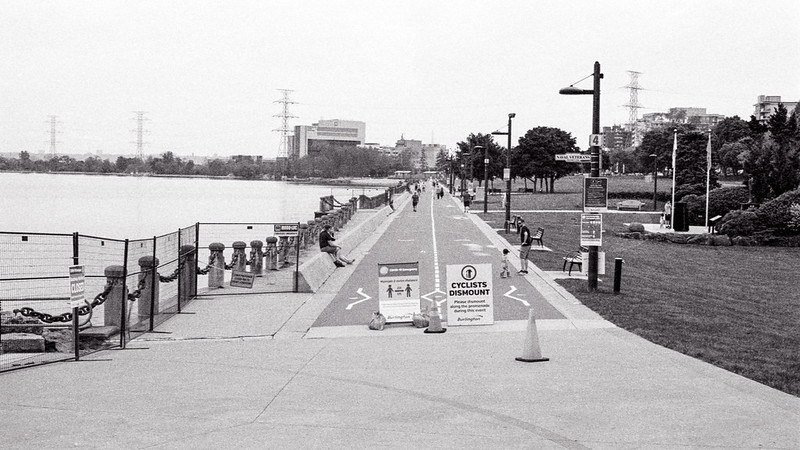 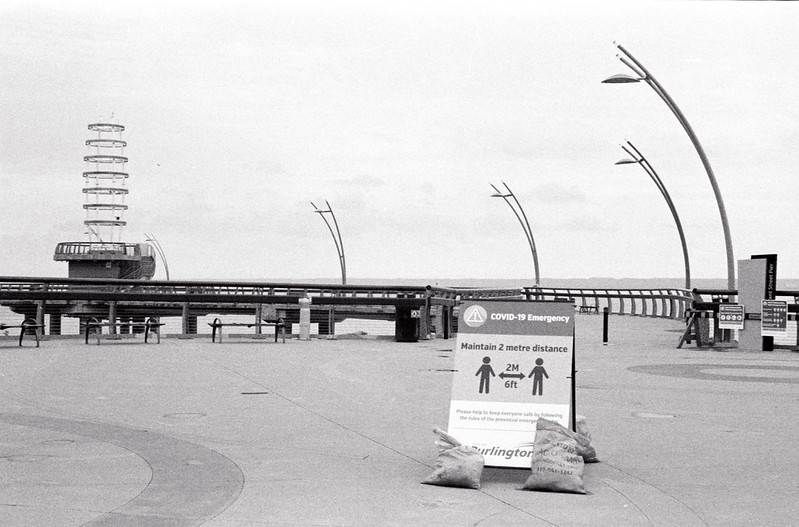 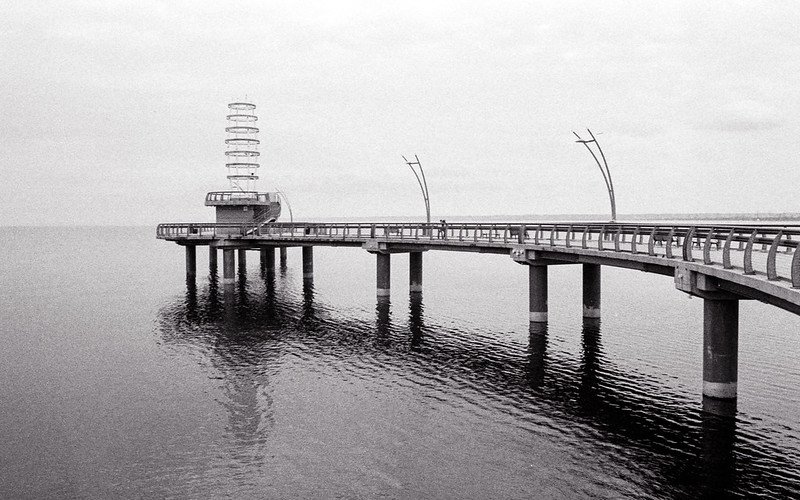 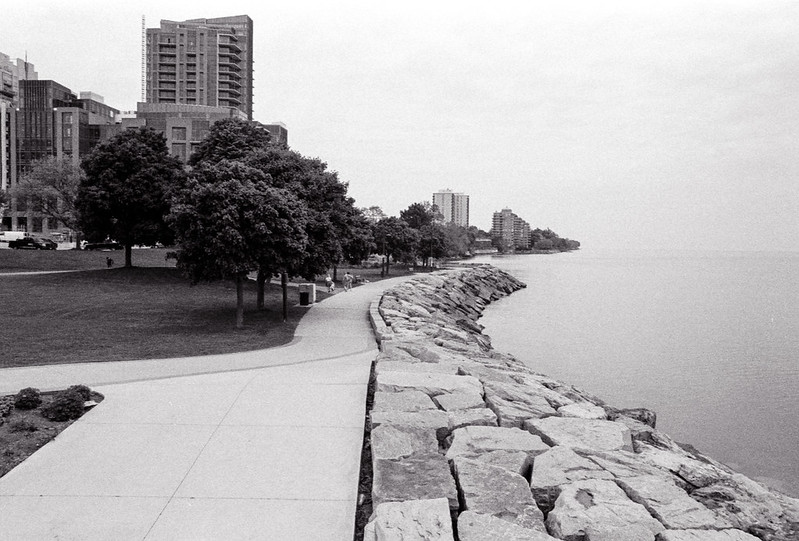 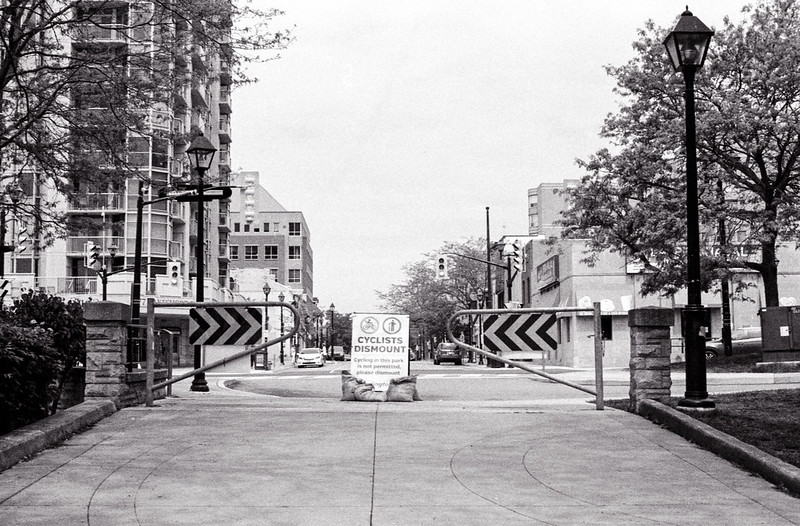 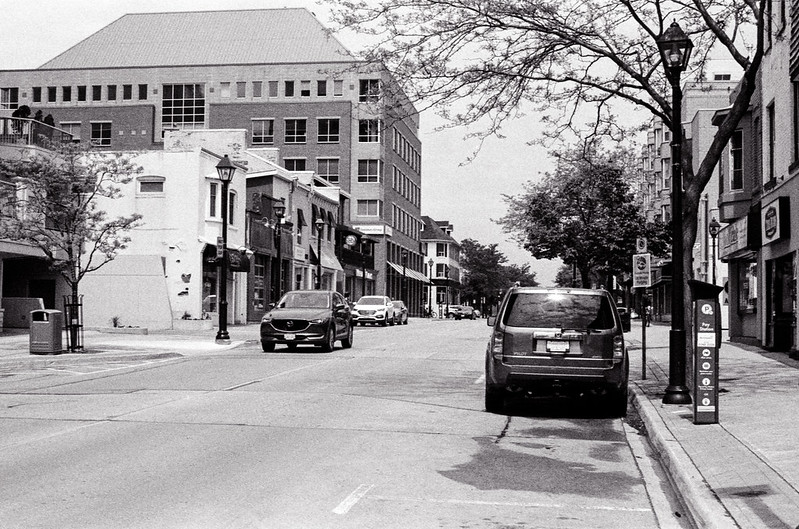 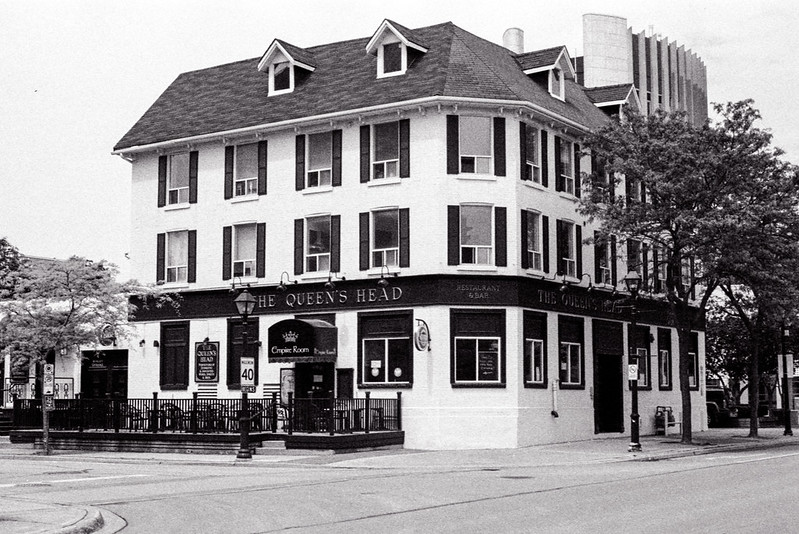 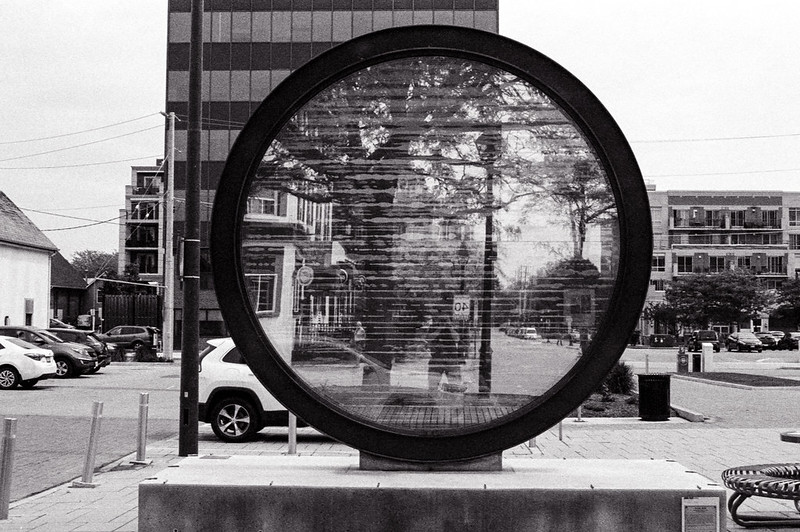 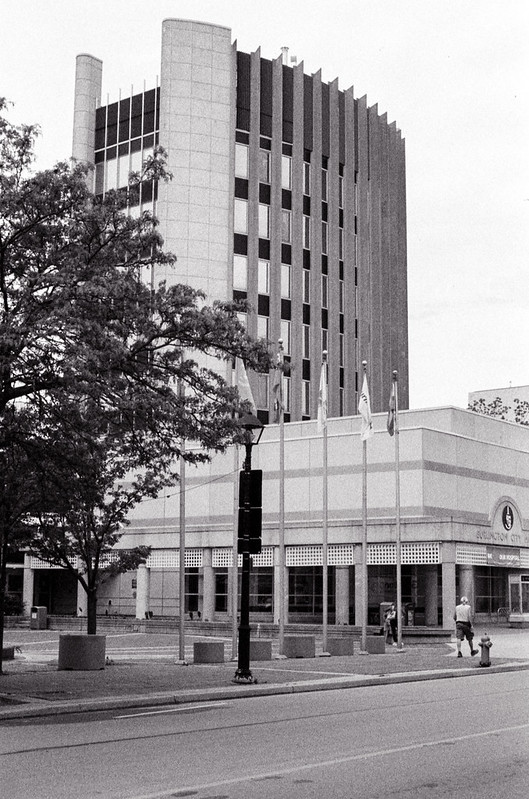